Are the Celtics "going through the motions" on defense? - or is the issue broader?


For the first month of this season, the Celtics held the #1 slot for Defensive Rating in the League. They were allowing only 101.0 points per game as of November 15, 2018. Since that date they have fallen to 10th place, allowing 107.1 PPG. Can this be the main cause of their up-and-down season? 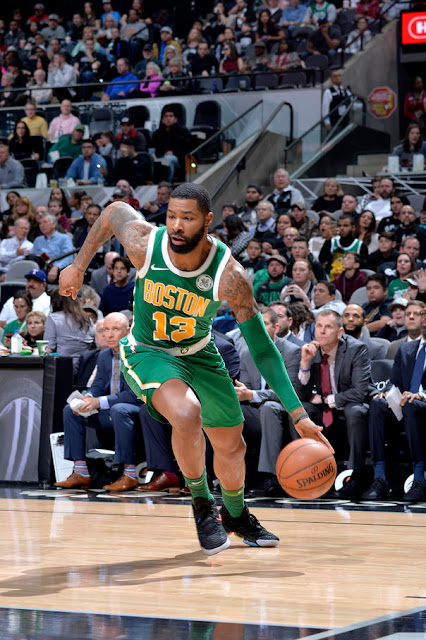 In answer to my own question - you can bet the drop in defense has been part of the reason the Celtics have been under-performing expectations. Brad Stevens' defensive schemes take more than just hard effort. They require a level of timing and precise interaction with teammates. One guy out of place can result in the entire scheme failing (per Boston Herald's Steve Bulpett):

“What concerns me?” he Brad Stevens) said. “Well, I think you always have concerns that, you know, for us, we’ve played two straight seasons eight months all the way ’til late May. It’s not like playing into the Finals, like people talk about, but it’s pretty close.

“And the idea that when you have a team back that was so good defensively that we don’t skip steps. I’d say that’s the No. 1 concern I’ve got. I’ve watched teams before have really good years and then kind of go through the motions on that end of the court. And we can’t do that.”

It certainly seems like Brad is telling us that his guys may have been playing in-your-shirt defense at the start of the season, but his troops may have become a bit complacent, and in Stevens' words "going through the motions" on defense.

NEW column just posted:
Most people focus on the Celtics' offense, but defense will decide how far they go this season. https://t.co/lvDsiliKw3

Defense, or lack thereof, is not the only issue for Boston. They rank second-to-last (29th) in percentage of points in the paint. But like faltering defense, this shows a lack of aggressiveness. Three-pointers and mid-range shots are a hell of a lot easier on a player's remaining energy and injury risk.

Let's face it - the talent and production of Jaylen Brown and Terry Rozier did not suddenly depart. Stevens has been doing a balancing act with his talented crew, their egos, their playing time - while also trying to win games. Let's hear from one of our readers via the comment section:

Afonso Moucho
In my opinion, the C's biggest issues are:

3. Overall lack of assertiveness and aggressiveness. Besides some notable exceptions (Kyrie, Mook and Smart) we lack the necessary swagger and discipline that comes with championship contenders. We had it last year, with the same players. Why are we failing this year?
4. Take a deep breath.... Coaching. Our rotations are a mess (remember the small starting lineup against MIL in Dec 21?), coach seems unable to manage different egos and the players' words in the media seem like a broken record.

Am I overreacting? Probably. The Boston Celtics are a first-class organization, with a first-class front office, But the clock is ticking.

In the recent loss to the Spurs, I wonder what the outcome might have been if Jayson Tatum, Daniel Theis, Gordon Hayward and Marcus Smart (0-of-13 on threes) had taken it to the hoop for a few of those possessions. Or if the team dug in during the 3rd quarter to slow down that 46-point surge by San Antonio. The talent and Brad's smarts are still there. The puzzle will either be solved by Brad and his present guys - or by Danny Ainge with a move that he has decided needed to be done.