A major part as to as whether the Boston Celtics' current hot streak can continue relies on one thing that has haunted the team this season, injuries to key starters, and one in particular, Al Horford. 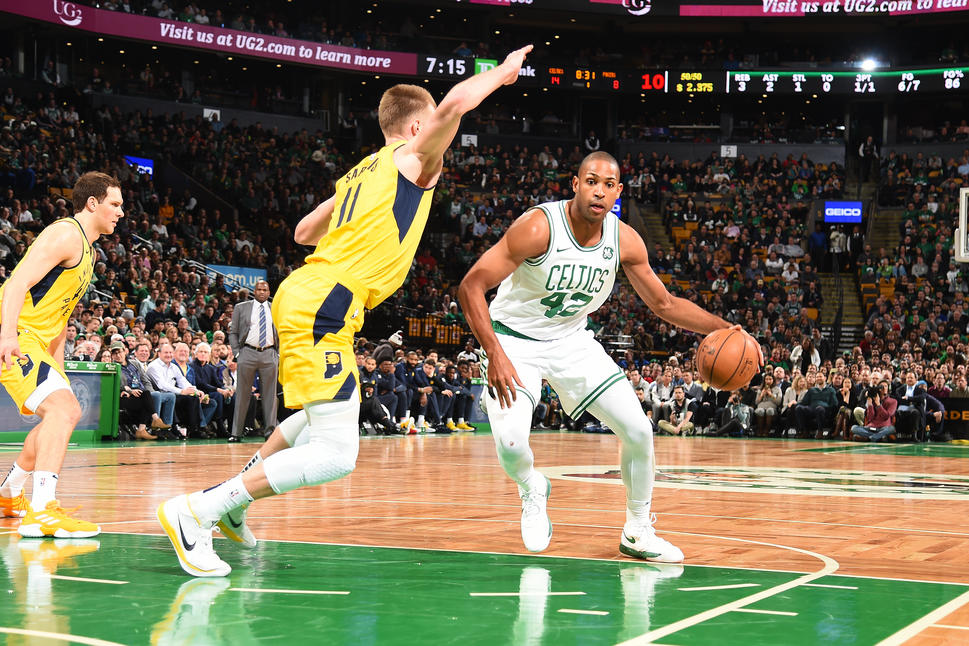 Horford has missed seven of the fourteen games, Celtics have played this month so far. This has been due to patellofemoral pain syndrome in his left knee, something that Al and the team's medical staff has been aware of since the start of the season.

The absence of Horford during those seven games was clear to see, so since he has been back you can fully understand the reasons as to why he's been on a minutes restriction, this is something we are used to by now as Brad Stevens isn't a fan of seeing his players on the court for an excessive amount of minutes.

For Al, restricted minutes are vital in making sure that he stays available to Brad, but since he's the kind of player who relishes being on the court night in, night out, playing a limited amount of time is something he wants to see gone as soon as possible. Speaking to the media before last night's win over Indiana Pacers, Al said (per the Worcester Telegram's Scott Souza): “Hopefully sooner than later, because I want to be able to play fully. But I feel like I am making a lot of progress.”

Horford then went on to say that he fully understands the decision to limit him right now, as its working for him. (per Souza):

“For me, it’s just making sure we don’t have any issues,” he said. “I don’t want to necessarily miss any more games. I don’t need to. I think that’s part of the reason why we’re taking it (the way we have).

“I’m responding to it. We’ll see when the medical staff feels like I can go back to just playing normal. As of right now, it’s working.”

With the exception of the Christmas day game vs Philadelphia 76ers, Celtics' star big man hasn't played more than 20-28 minutes per game since his return. Coach Stevens indicated after last night's game, minutes for Al moving forward will be monitored. Stevens said (per Souza):

“It’s more that we don’t want to backlog 36-minute games, back-to-back-to-back-to-back, one after another, coming off of the knee. He’s already played now nine straight after that. He looks good. He feels good."

“We did this (for more than two months) with (Marcus) Morris last year. By March, Morris felt great and really played well, obviously, toward the end of the season. It’s a fairly similar plan.”

The team faces off against the Miami Heat tonight, in the second of a back-to-back and it will be interesting to see, just how many minutes Stevens will feel Al can play. Daniel Theis and Robert Williams are also both healthy, so should the team pick up from where they left off against the Pacers, don't be surprised to see Al sitting a little longer on the Celtics bench as usual.

Do you agree that a minutes restriction for Horford is the best way to keep him healthy moving forward? Let us know with your comments.