While most of us probably don't want to relive a loss after a long, much-needed winning streak, there were a few highlights worth watching from last night's Boston Celtics loss to the Detroit Pistons. 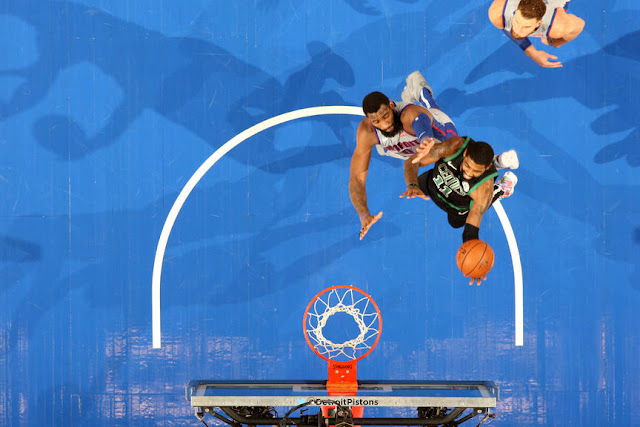 Jayson Tatum logged a 17-point, eight rebound performance on a night where a lot of the supporting cast just didn't have it.

He did get some help from Marcus Smart, who contributed 21 points of his own, and eight boards as well.

It was Kyrie Irving, however, who had a truly stellar outing despite the loss with 26 points and...eight rebounds (I'm noticing a pattern here); unfortunately, there wasn't much else in the way of significant support from the other starters and bench, ending the Cs' streak in the Motor City.

It's just one game, though, and the schedule continues to be favorable, so watch the videos above until we get back in the black soon enough.