It's not all bad news since the Boston Celtics' win streak ended.

While the Cs may have missed an opportunity to close the gap between their current, fifth-place position in the East and the first-place Toronto Raptors, the latter team has dropped two games in a row, making the race for the conference's top seed a tight one.

Currently, the Raps sit at 23 and 9 atop the east, with the Milwaukee Bucks and Indiana Pacers breathing down their necks at two games behind with 19 and 9 and 20 and 10 records, respectively. 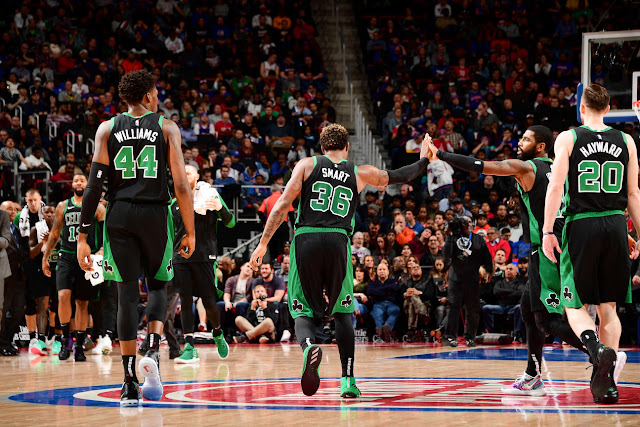 The Philadelphia 76ers sit a half-game behind them at 20 and 11, and Boston is right behind them by a single game, pulling up the rear at 18 and 11.

There's still plenty of season left to burn, so the standings are very far from set, but even with this most recent setback, it's looking good for the Celts with a favorable schedule remaining for much of the season.