The red flag in the Jabari Bird matter


Jabari Bird appeared in court yesterday for a pre-trial conference on the assault and kidnapping charges against him. His next appearance will be on January 30, 2019. Justice moves slowly, particularly in Massachusetts, so don't expect any definitive results on that date. 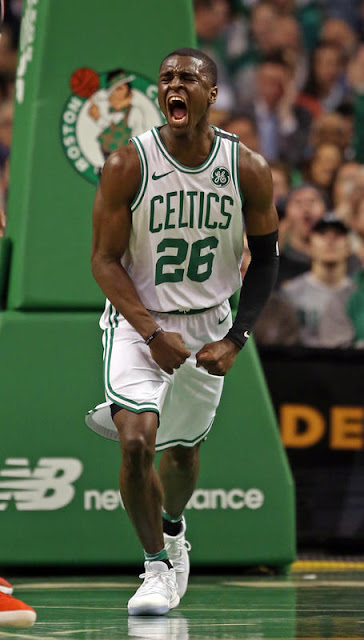 Thus far, no action has been taken either by the NBA or the Boston Celtics on Bird's future with the team or the League. There may also be a feeling by Danny Ainge and others that not reaching a decision could avoid further violence. The allegations of strangulation made against Jabari, if true, are a huge red flag.

Jabari Bird appeared in court today. No major developments. His next court date is scheduled for January 30th.

Why the flag? My 20 years as Police Lt. Investigator/Court Prosecutor taught me that non-fatal choking events very often lead to further violence and death. A certain research study, Non-fatal strangulation is an important risk factor for homicide of women, found the same.

These findings indicate that strangulation is a relatively prevalent form of violence toward women who experience physical violence in an abusive relationship (a finding consistent with the sparse literature on the subject) and is a significant predictor for future lethal violence.

Notice that the study says "significant predictor for future LETHAL violence". Think about it. Strangulation is not a spur-of-the-moment attack. It is up close, and it takes time. There is something truly sinister and diabolical about it, as the attacker slowly watches his victim succumb. That is the reason for my red flag.

Will prolonging any decision on Bird's future in the NBA help avoid further violence? I am not sure. Maybe. I do know that one of my former bosses who tried to strangle his wife killed himself by hanging shortly before his trial was to occur. The future violence doesn't always happen to the initial victim.

I wish all parties involved, including Jabari, a satisfactory outcome, but Bird can never be part of the Celtics organization again. As of now, he is still on Boston's roster, but that needs to change. The reg flag can not be ignored.