The Celtics Play-of-the-Game vs. Timberwolves was dazzling


The Play-of-the-Game from last night's victory over the Timberwolves is not just worth watching - it is pure magic. First, a steal by Marcus Smart led to a loose ball and then a punch-pass by Marcus Morris back to Smart - who did a prone-on-the-hardwood, over-the-head pass to a running Jayson Tatum - who in turn passed to Kyrie Irving on the move - resulting in a lob and dunk by Tatum, assisted by Kyrie. It was magical. Take a look! 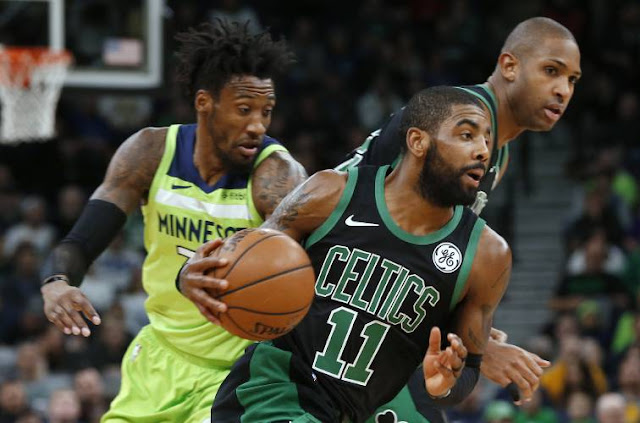 We saw it all in one play. Smart's hustle, anticipation and thievery - Morris' perfect punch-pass - Smart's seemingly-impossible feat of not just getting the ball down-court, but precisely to the right player (Tatum) at the right time and place. Tatum made the smart move of giving it up to Kyrie, who promptly got it back to Jayson for the slam. Tight defense, hustle, anticipation, unselfishness, team play, precision passing - all in one play. Gotta love this team!