Kyrie Irving holds first-rights to his highly-controversial Flat-Earth Theory, and he did it to get our attention shortly after becoming a Celtic. Anything old tends to take on a round, or spherical, shape - mountain tops, ocean rocks shaped by the surf - and humans who age without watching calories. Now comes Steph Curry with his there-never-was-a-lunar-landing-by-a-human idea. 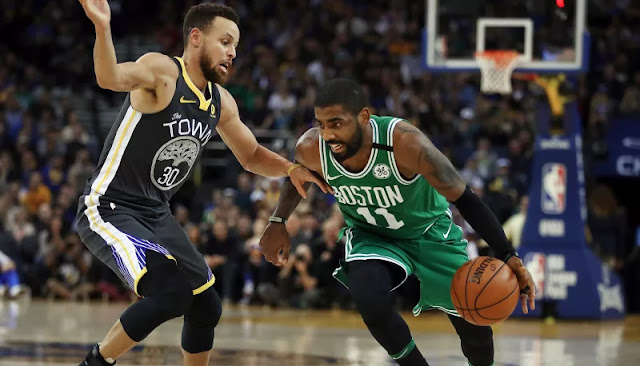 NASA has offered to give NBA superstar Steph Curry a tour of one of its lunar labs after the Golden State Warriors guard said that he doubts humans landed on the moon https://t.co/sWZyNDsh43 pic.twitter.com/ybt76VYcHJ

There is nothing new in this. A very intelligent Boston Police Detective once broached the lunar-landing-as-questionable idea to our recruit class in 1972. His purpose was not to convince us it didn't happen, but rather to have us question what our senses tell us.

Says he doesn't believe we landed on the moon...

Gets invited to NASA to show proof of moon landing...

Steph is just following Kyrie's lead in getting attention. Is there a chance that a human never landed on the moon, and it was staged. Yes, a very slight one - hardly worth mentioning. Is there a chance the earth is flat. My science background says no way, but our view of it can be. I am waiting for Jaylen Brown or someone else to really get into the nitty gritty of the limits of the universe - other dimensions besides length, width, height and time. That is where the real theories abound. Who's next? Jaylen?