Big changes are coming to the NBA All Star Game voting process, and it remains unclear if fans are going to like it.


Instead of the current system, which allows users to use the social media hashtag #NBAVote on Facebook and Twitter in conjunction with the full name of the player for whom they are voting, the league has decided to link up with Google. 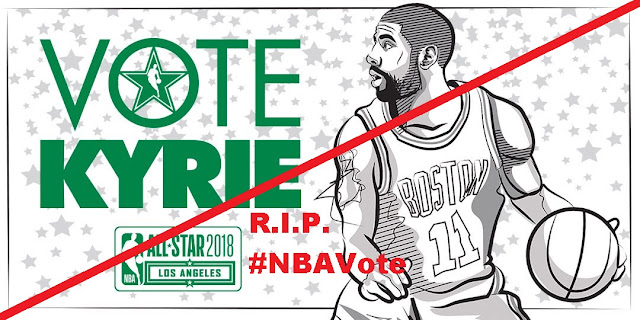 The new approach will use Google search results along with voting on the NBA.com website and associated app, the Google search method also working through virtual assistants like Alexa and similar apps.

NBA All-Star voting will begin at 11 a.m. on Christmas Day and run through midnight on MLK Day. The #NBAVote hashtag is no longer. Votes can now be cast through a Google search or on a Google Assistant-enabled device, as well as NBA app and https://t.co/daRi2uqcof.
— Ben Rohrbach (@brohrbach) December 17, 2018


I get that the league is trying to grow and perhaps even predict the future of fan engagement, but the event will be a colossal failure without sustained fan engagement, and given how much the sport lives on Twitter, I can't help but feel this is a poorly thought-out move.

While the @NBA may be trying to branch out, I think it's a big mistake. People aren't going to feel the same level of engagement using a search engine, and the fanbase lives here, not on the NBA app or their site, and this isn't going to change any of that.
— Dr. Justin Quinn (@justinquinnn) December 18, 2018


Casual fans rarely visit the league's website (if at all), or have an app in an age where everyone has an app for limited device memory arms races.

I agree and raised that concern. Was supposed to get an answer on whether the NBA considered keeping the hashtag or if the deal with Google precluded them from using Twitter. I have not heard back, and I think we can draw our own conclusions there.
— Ben Rohrbach (@brohrbach) December 18, 2018


Worse, it kind of reeks of a corporate money grab taking place behind closed doors, ignoring how the fans enjoy the sport and connect with one another.

There's nothing wrong with expanding the ways fans can vote for their favorite players, and then perhaps whittling away less-used models, but the way this has been foisted on the fans with little notice and no feedback rubs me the wrong way.

How do you feel about the changes? Will you use them? Do you care? Let us know in the comments below.