Look for a Daniel Theis/Rob Williams showcase tonight versus Pelicans


Tonight's Celtics game against the New Orleans Pelicans is a real wild card with respect to lineups. The Pels Anthony Davis is day-to-day, and Boston has Al Horford, Aron Baynes and Guerschon Yabusele all nursing injuries. Rob Williams has been recalled from the G-League Maine Red Claws and may see significant minutes. We may get to see Daniel Theis back at the center spot after his career game against the Bulls. 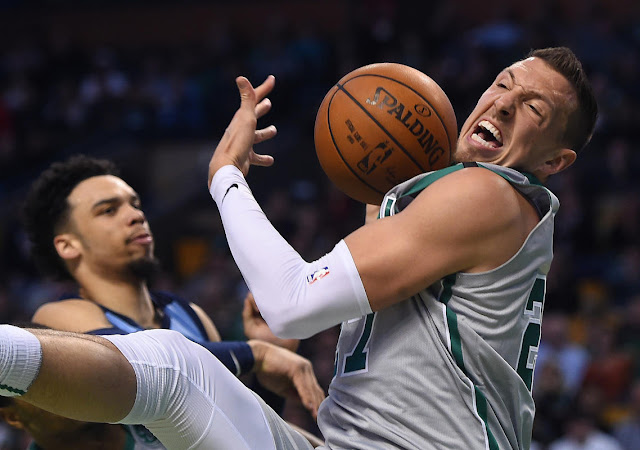 Robert Williams has been recalled from Maine and he could very well see plenty of action tonight against Anthony Davis with Horford (doubtful), Baynes (out) and Yabusele (out) all nursing injuries.

Looks like we may have to add Kyrie Irving and Gordon Hayward to the walking-wounded list - definitely a good night for Brad Stevens to fidget with his lineup combinations.

#NEBHInjuryReport for tonight vs. New Orleans:

Whether Davis plays or doesn't will determine the starter at center. With this type of lineup quandary, we could even see Williams starting the game - but I doubt that will happen. I think it will be Theis. This is a chance for Daniel and Rob to show what they can do. What Theis doesn't want is a stinker of a game after his last perfomance.