Career-game doesn't begin to describe Daniel Theis' masterpiece against the Chicago Bulls. In 32 minutes, Daniel notched 22 points, 10 boards, five assists, one steal, four blocks with no turnovers. His plus/minus was an astounding +50, the highest number among 312 NBA players for last-game-played. The highest by far. 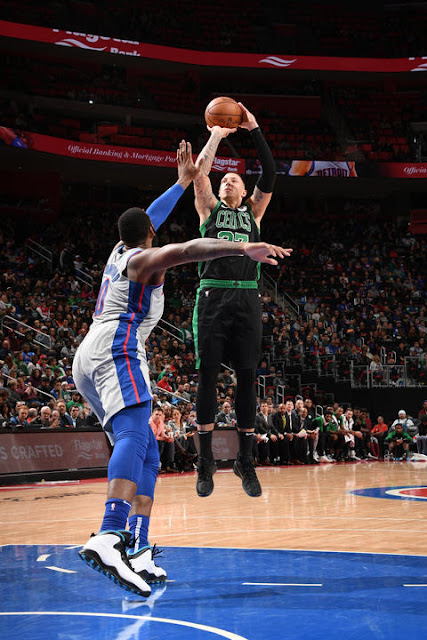 As an aside, the Celtics had six players in the top-10 in last-game plus/minus. In addition to Theis at #1, Marcus Morris, Marcus Smart, Terry Rozier, Kyrie Irving, Jaylen Brown and Jayson Tatum occupied the top-10. I guess that would be expected in a 133-77 blowout.

One game is a mighty small sample, but do we have a hidden gem here. Too early to know, but it just may be that, now well-back from injury, Theis may be about to break loose. Prior to his injury, Daniel was continually improving his game. He may be a terrific small-ball center. He rebounds, defends and blocks shots. He can score inside and out. And five assists with no turnovers? Very impressive outing for him.

This was the fourth-highest plus/minus in game since 1996-97. https://t.co/xv4lwgYdcB

Okay, this a larger sample size. A much, much larger sample size. This gets impressive. This needs attention. This man needs to see more floor time. Just being able to accomplish this feat one time is important. But maybe this is merely a fluke. So lets look at this season. Daniel ranks 15th League-wise in plus/minus for any player on the floor for 10 minutes or more per game. Who's 14th? Kevin Durant. How about #15? Anthony Davis. Pretty good company. Did I mention this guy needs more floor time.