Boston's offensive renaissance by the numbers


The Boston Celtics offense isn't just better than the horrific mess it was early in the season; it's morphed into one of the league's best since moving the Marci into the starting lineup. 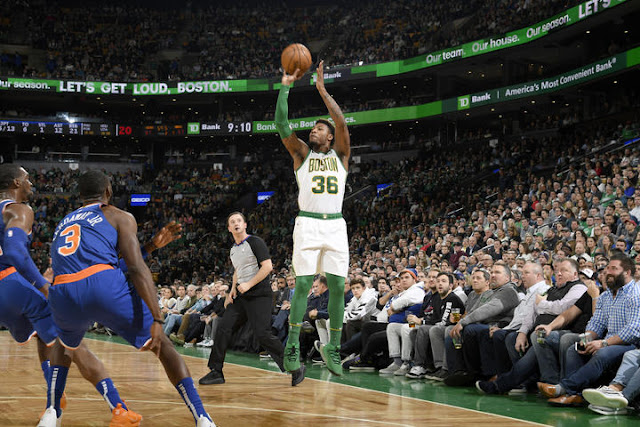 Better known as Marcus Smart and Morris, the pair have injected some much-needed toughness and urgency into the starters, helping set a tone early, and, over the last five games, the Cs have been the league's best offense, throwing down 1.26 points per possession.

How ya like them apples? It seems we've got the numbers; in that five-game streak, Boston's average margin of victory has been by 28.6 points, and they have not trailed at all in the last two of those games. They have been hanging 126.2 points per game over that stretch, moving from 17th to 11th in offensive rating, and now sit at third in the league for net rating, behind only the Milwaukee Bucks and Toronto Raptors.

How much are they lapping the field?

While it's far too early to let these numbers go to our heads, it's a huge relief for Celtics fans who were beginning to wonder whether the vaunted Boston offense we all drooled over in the offseason was in truth little more than a mirage.