Jaylen Brown is definitely emerging from his slump


Kyrie Irving was the first Celtics player to get his game together after a sluggish start. Than Gordon Hayward started hitting his stride. Now it appears Jaylen Brown, after three games out with injury, is starting to click. 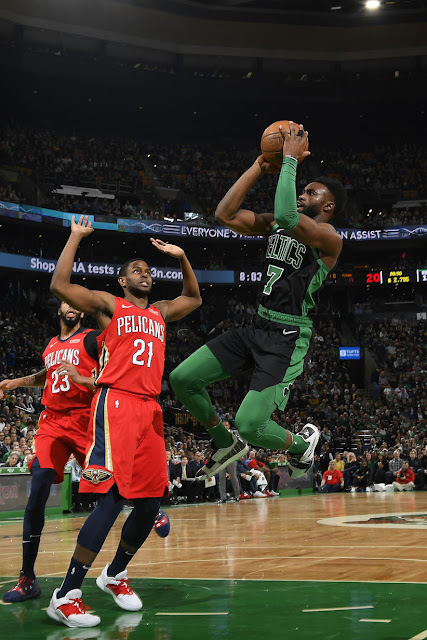 In three games played since returning from his three-game absence, Jaylen Brown has averaged 21.0 points on 56.8% shooting (7-12 3-PT)

Jaylen Brown gets fancy on his way to the hoop! #CUsRise pic.twitter.com/tvvivsLj6X

His quick first step on drives to the hole is becoming evident. He doesn't use it all the time, but when he does, he gets to the hoop very quickly - much like the late Reggie Lewis. Let's hope the past three games are indicative of a trend away from Jaylen's slump. He is even hitting his free throws at an 82% clip. All good signs. Brown is very important in Boston's run to the post-season.