Jaylen Brown to return Thursday vs Knicks, in a bench role


Jaylen Brown, who has missed the last three games with a back bruise, will return Thursday night as the Celtics take on the Knicks at the TD Garden. Brown last played against the Mavericks on November 24th when he dropped 16 points on an impressive 7-of-9 shooting. 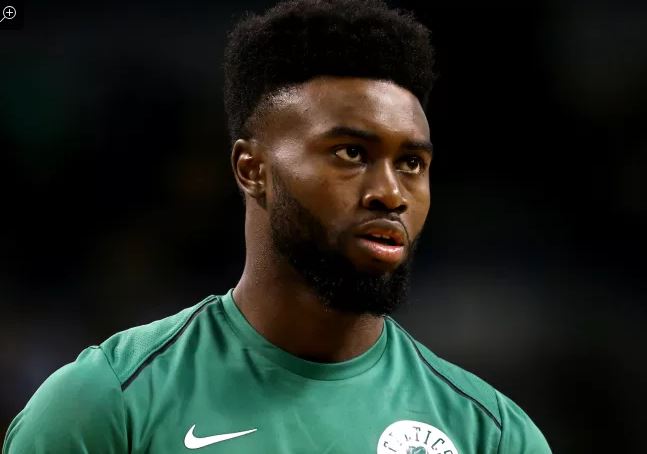 The third-year forward has struggled out of the gate this season, averaging 11.1 points while shooting 40 percent from the floor, including a dismal 25 percent from beyond the arc. With Brown's return some wondered if he would be inserted back into the starting lineup, but coach Brad Stevens made it clear that the forward would be coming off the bench, something Brown addressed today:

Jaylen Brown reaffirms he plans to play vs. Knicks and is fine if it’s a bench role.

“However we can keep this going, playing the right way and continue to win, I’m 100 percent for it.”

On bench role, he adds, "I think people make it a bigger deal than what it really is."
— Chris Forsberg (@ChrisForsberg_) December 5, 2018

Having Brown on the second unit, with the suddenly hot Gordon Hayward, makes the Celtics bench extremely strong. If Brown can get back to the player he was in the playoffs last season, where he averaged 18 points a game, including 39 percent from deep, the Celtics reserves won't miss a beat when Kyrie Irving and the rest of the starters need a rest.

Rob Welch12/05/2018 02:53:00 PM
Share
Rob Welch
I have been a die hard Celtics fan since birth, even though I don't really want to talk about the ML Carr/Rick Pitino Eras but I will if necessary.
Newer
Older