Is it legal to block a shot with a shoe? Taj Gibson tried it.


It's a new one on me. I have never seen this attempted before. Minnesota center Taj Gibson lost a shoe then attempted (but failed) to block a shot with it. 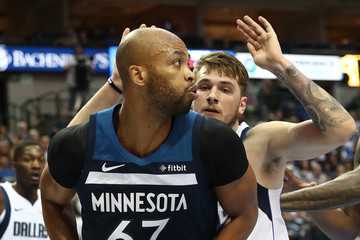 "You can't do that! You can't block a shot with your shoe!"

This also happened in the Philippine Basketball Association, and once again, it was merely an attempt. The block failed. But using a foreign object in a live play calls for a technical foul, at least in the PBA. So I suppose if the offending footwear was made outside of the Philippines, that would apply.

But seriously, a shoe is not a foreign object, but it can be tagged as a dangerous weapon. What if Taj had hit his opponent off the head with it. In many jurisdictions, attacking someone with a shod foot is termed assault and battery with a dangerous weapon, a felony. But that doesn't apply either. There was no foot in the shoe. The shod part was there, but the foot part was missing.

How about a kicked ball. Nope! Kicking implies use of the foot. That doesn't apply either. I don't think the NBA even thought of this as a possibility when drawing up the rule book. Any idea, readers?