I think it's safe to say the slump is over..

Last night, the Boston Celtics broke records, piling on an onslaught of offense of epic proportions. Burying the Chicago Bulls 133-77, the Celts scored more than any other team in NBA history for a road game. 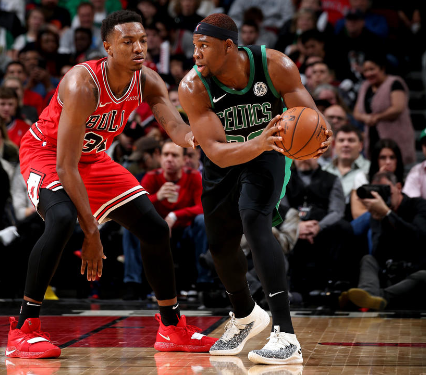 It also happened to be the largest margin of victory ever in franchise  history, breaking the 51-point win over the Philadelphia 76ers in 1968, a record which stood for fifty years.

Tonight’s win also ties the largest margin of victory by an away team in NBA history, set by Seattle on Dec. 6, 1986
— Celtics Stats (@celtics_stats) December 9, 2018

With roles more clearly defined and the roster seemingly accepting them while winning is happening, things are finally starting to look up after a disappointing start to what many expected to be a season the team finally returned to true contender status.

While that level of competency remains to be seen out of the reinvigorated Celts given many of their teams are not of the caliber of teams Boston is likely to face in the postseason, a historic game like last night's will go a long way towards proving the momentum needed to meet such a challenge.