Celtics comeback to beat the Grizzlies, 112-103

After being outscored 38-18 in the second quarter, Kyrie Irving and the Boston Celtics battled back for a 112-103 victory in Memphis late Saturday night. 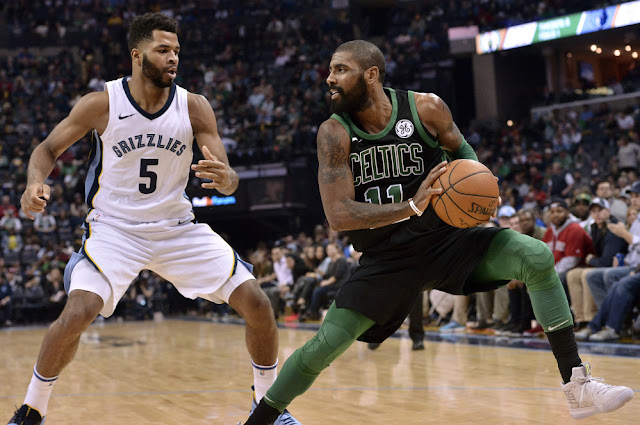 Irving dropped 26 points on 50 percent shooting, while dishing 13 dimes on the evening. Marcus Morris (22 points) and Al Horford (18 points and six rebounds) helped contribute to one of the bigger road W's for the C's this season.

Horford hit five of seven attempts from deep, including a big make from beyond the arc to help secure the win.

The Grizzlies were led by Mike Conley who added 26 points while dishing out six assists, and Dillion Brooks who scored 19 points off the bench.

Rob Welch12/29/2018 10:46:00 PM
Share
Rob Welch
I have been a die hard Celtics fan since birth, even though I don't really want to talk about the ML Carr/Rick Pitino Eras but I will if necessary.
Newer
Older