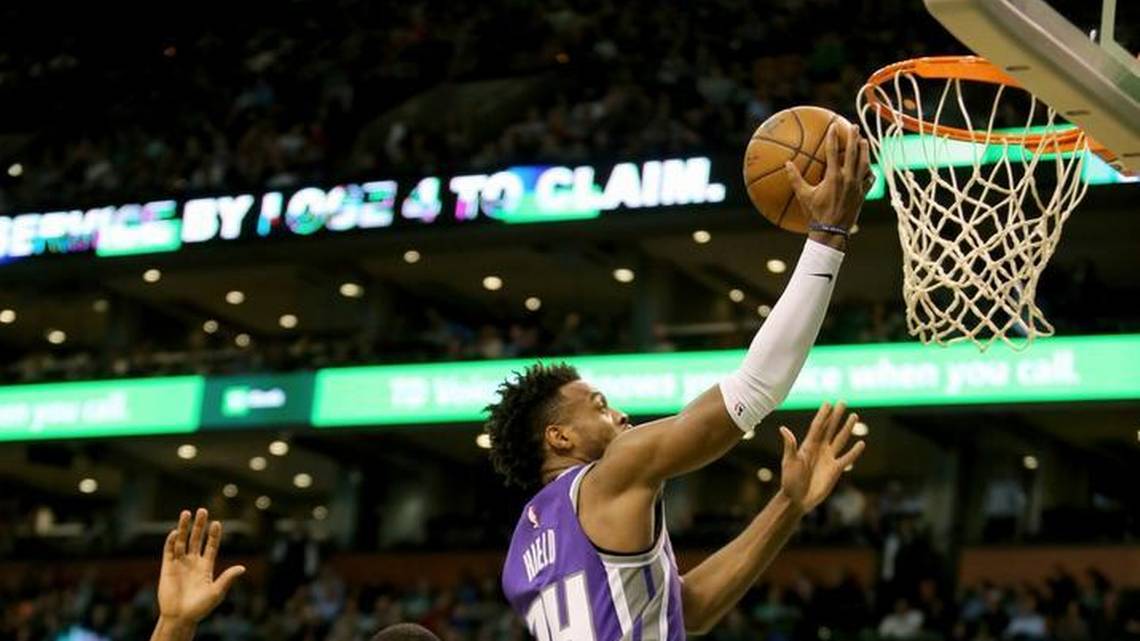 “All players, except one, grow up. They soon know that they will grow up, and the way Buddy knew was this. One day when he was twenty-five years old he was playing in Madison Square Garden, and he shot another floater and ran back on defense. I suppose he must have looked rather delightful, for Mr Joerger put his hand to his heart and cried, “Oh, why can’t you remain like this for ever!” This was all that passed between them on the subject, but henceforth Buddy knew that he must grow up. You always know after you are twenty-five. Twenty-five is the beginning of the end.”

Ok, the above may be a slightly altered excerpt from Sir James Matthew Barrie’s Peter Pan, but it makes you think, doesn’t it? Similarly to Barrie, third-year Sacramento Kings wing Buddy Hield seems to be fascinated by the concept of eternal boyhood.

This story is unbelievably weird.

Also, strange to think Bradley Beal, in year seven of his career, is 25. Buddy Hield, in year three, is 26. https://t.co/iBx7xvAQOj

On Thursday, it was revealed by the Bahamian, who reportedly drew strong pre-draft interest from Danny Ainge, that the media had his age wrong this whole time and he was in fact born a year after his listed date of birth. He expressed that the team’s front office have always know his age and that is all that matters.

Hield is enjoying a breakthrough year in the 2018-2019 season so far but it’s not the first time he has garnered intense media attention; his run in college basketball was closely followed by thousands. With the 26-year-old currently blazing through year three, it’s amazing that it took so long for him correct the information.

But why would he withhold his actual age from the basketball world for two whole years? Well, maybe Barrie’s Captain Hook has the answer.

“Growing up is such a barbarous business, full of inconvenience….. and pimples.”

All of this kind of begs the following question…

If a #Celtics player were to reveal that he was a year older than reported, would be most likely?