A Wednesday Night Debacle – What Next? 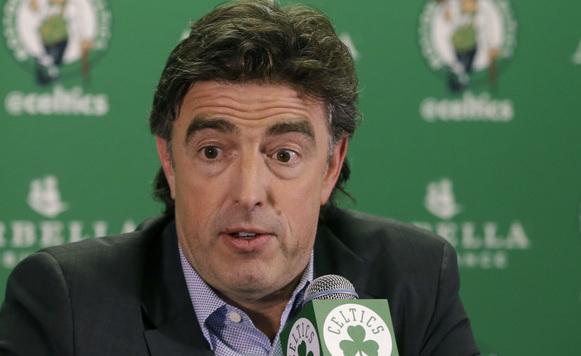 On the heels of an absolutely exquisite Q1 in which they’d dialed up better than 70 percent shooting overall as well as from long distance – just as owner Wyc Grosbeck was cuddlin’ up with Scal & Gormy for some slap & tickle while the boys toyed with an inferior opponent – reality set it.

While the Broadcast Team reminded us just how good Moe, Larry & Curly really were, the teams were bringing back Slapstick. Fifteen of the C’s 25 Q2 shots were three-pointers (after just four of 24 in Q1) as quarterly shooting accuracy dipped to 40 percent (10 for 25). ZERO first-half FTA’s didn’t help matters.

Phoenix rode 12 – actually 16 when we add in Team Boards – Offensive Rebounds (good for 13 “Follow-Up” points) and perfect pre-Intermission FT shooting to a “What the Hell Just Happened?” one-point half-time lead. 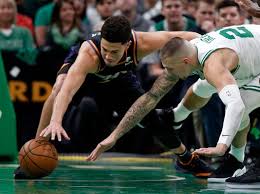 And then the real comedy started – namely, the Celtics’ shot selection and their “marksmanship” therefrom.

Brad’s ballers made just FOUR of 16 TWO-pointers during those 24 minutes of play (seven for 20 on treys) – they committed almost as many Turnovers (9) as they had on-target FG’s.

The narrative for this game may have been set in stone during Q3’s opening minute – in a span of just 15 seconds, the two teams managed to exchange FOUR Turnovers!!

About the only “full-game” data that can be viewed in an optimistic light from the Celtic perspective about this fiasco is their 27 points following 17 Phoenix TO’s.

This seems the sort of game that can – needs to? – “inspire” a Players-Only meeting, huh?

Including possession-extending Team Rebounds, the Suns outdueled the C’s on the offensive glass by a whopping 27 – 12 count.

Perhaps it’s encouraging that Phoenix posted only a 20 – 13 advantage in “F-U” points?