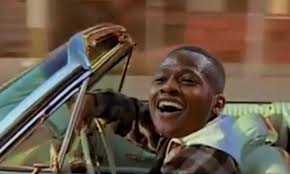 A professional athlete tweets "I'm not hungry anymore" and all of Twitter explodes.

"Not hungry anymore? Then retire!"

"Good - we don't want you anyway. Someone trade this fool!"

That same professional athlete comes back on Twitter, posting a picture of a buffet with a caption: "No, I mean I'm full. I can't eat anymore." The Twitter storm then comes to a calming pause.

Welcome to 2018. This is the world we live in. Where scenarios like the one above (one I completely made up) are the law of the land now; and athletes, whether willingly or unwillingly, can spark controversy in 140 characters or less.

Boston Celtics PG Terry Rozier III knows all about that. After tweeting "Let's do us ALL a favor" the other day, fans and pundits alike took out their Twitter decoder rings and attempted to decipher what Terry actually meant.

A barrage of sub-tweets and comments later, Terry laughed it off with a truthful jab at today's culture: "I forgot y'all get happy feet. I wasn't talking about me..."

Considering the should've-been-dominating-but-are-instead-struggling Celtics are 9-8, I hope Terry and the entire team are pissed off. I just hope they use that anger, channeling it as controlled rage on the floor -- starting tonight against the New York Knicks.

Terry Rozier's "cryptic" tweet? Much ado about nothing. But new rule: Players can't tweet unless Celtics are at least 8 games over .500 to prevent overreactions.

For the record, during Lebron James' inaugural year with Miami, the Heat also started with the same 9-8 record. They figured it out. I too am confident the Celtics will figure this thing out. They're simply too talented of a group not to.

What do you make of Terry's tweets? Or Forsberg's "new rule"? Let us know in the comments below.