Trey Burke hit a key three-pointer in the closing minute, to put New York up six, putting the nail in the coffin on a dreadful night on Causeway Street.

Burke, who finished with 29 points and 11 assists spent the evening looking like the hyped prospect that came out of the University of Michigan in the 2013 draft.

Stevens: "It would have been a shame for the Celtics to win that game. The Knicks deserved to win. We gave ourselves a chance, but that’s all it was."
— Adam Himmelsbach (@AdamHimmelsbach) November 22, 2018

The Celtics did battle back in his game, after being down 103-87 with 4:30 minutes to go. But the comeback was a little too late for a team that was down as many as 26 points in the game.

Boston was led by Kyrie Irving (22 points and 13 assists) who needed 25 shots and Marcus Morris (21 points and eight rebounds). 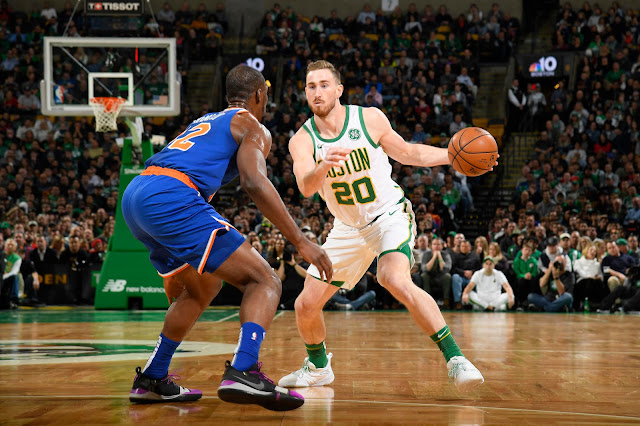 Gordon Hayward had a solid night (19 points and seven rebounds), but again fell into the habit of passing out to the three when driving to the open lane. Hayward who started of slow seemed to gain confidence as the game went on, hitting a three-pointer with 1:05 to cut the Knicks lead to four.

Unfortunately the effort was a little too late in a frustrating home loss.

Rob Welch11/21/2018 11:31:00 PM
Share
Rob Welch
I have been a die hard Celtics fan since birth, even though I don't really want to talk about the ML Carr/Rick Pitino Eras but I will if necessary.
Newer
Older