Out-of-the-box ideas for a boxed-in Boston Celtics - what are yours?


There's more than a few of you out there feeling the need to get away from loved ones, and by loved ones, I mean the Boston Celtics, not your families.

There's no better day for trying old favorites in new combinations than Thanksgiving, and no team better suited than the Celtics for trying the same approach with their rotations, so in the spirit of the holiday, let's try on some unorthodox ideas for how the team might breathe some life into a moribund start to the season.

It's pretty hard to find inspiration to write about Boston today, never mind read about them, but given I am in Mexico, and will be settling for an underwhelming, half-assed (sound familiar?) store-bought spread to celebrate the day myself, I have a little time to try. 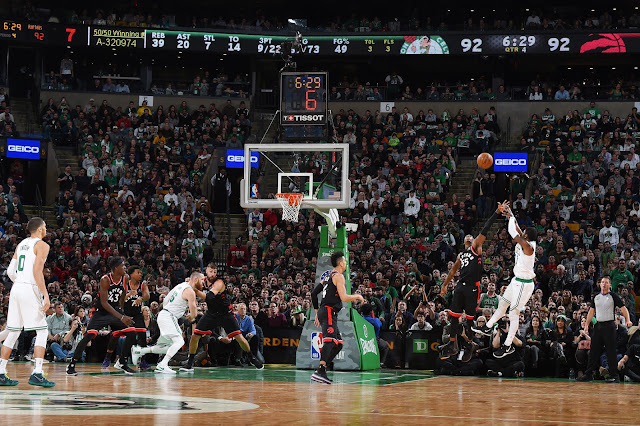 To that end, I've got some weirder propositions that might just be what the Celtics need to turn things around. Probably not, but at this point, I'm open to all suggestions - and here are a few of my own:

It's pretty clear at this point that the team likes to shoot from deep, even if they have managed to re-discover the cup in recent games, so why not populate the first unit with the guys who have been connecting from downtown? Normally, this would be a recipe for disaster (and probably still is), but we're running out of options, so...why not? It'd look like this (yes, I am aware Brad doesn't use these positions, I am) :

The upside here is obvious; you'd have your best players at the type of offense the team has been leaning on the hardest (and getting the worst results from) playing the most minutes together; the downside is you might lead the league in least assists per game, and threaten to bury Jaylen deep in the rotation just when he looks like he's starting to get a handle on things. It's a terrible plan overall, but so far, everything has been.

Flipping the script, another big issue has been a lack of ball movement on some nights, and a lack of assists on most; it's no coincidence Boston managed to beat the Toronto Raptors on a night when Kyrie logged 11 assists - his offensive outburst was amazing, but I don't think it'd have been enough without that generosity with the rock. So, to that end:

Promoting your most selfless players to the starters might just be a catalyst for a struggling offense, but in reality, it'd probably be just as likely to elevate the team to a league-leader in shot-clock violations. That second unit might just have some of the attitude we've been missing almost since day one, though.

One thing the Celts have done well this season (until recently, anyhow) is block or alter shots, with wing players sending a surprisingly high number of shots into the seats. What if we doubled down on playing the team's most proficient shot erasers?  It'd look like:

Our friend the T I M E L O R D makes his first appearance, and jokes aside, I'm ready to see Boo Butt go at it; he brings an energy that others have fed off of in his brief stints on-court to date, and while a lineup like the one above might get picked apart by teams with quick guards and wings able to capitalize on the size of this unit, but it'd probably work better than you'd think given Rob's ability to switch and move his feet.

When I say "ball control", I don't mean handles, at least, not exactly - I mean literally controlling the ball and through it, the possession. One of Boston's biggest issues has been hanging the heads and sagging off defense afterwards, leading to big holes and tired legs fighting their way out of them. Using per-100 possessions data, it'd look something like:

The obvious fault here is that players who handle the ball a lot (and/or have the other skills making their turnover rate acceptable) would find themselves on the bench, and guys who rarely are asked to move the ball would be forced into roles where at least one of then would have to. Also, guys who rarely play long after a turnover will see their numbers artificially lower than if they were high-usage players, so this would probably be a disaster. Counterargument? It is a disaster, so why not?


Hornets are hitting a bunch of threes and Celtics had 4 turnovers in Q1. That's the difference so far.
— Keith Smith (@KeithSmithNBA) November 20, 2018

"Why not" seems to be the theme among all of these "ideas" (please, trust I don't actually want to see these lineup changes, even if I'd like to see some tinkering based on combining some of these factors together in ways that actually make sense), and while this is mostly something to take your mind off overeating on your part - or undereating on Boston's, we all know that something  has to give.

Have any crackpot schemes for shaking up the lineup? Submit them below, and I'll write up my favorite ideas I think might actually work, and the most funny or ridiculous suggestion tomorrow.