Let's start with the 76'ers having a better record than the Celtics. That is humiliating. The team went 1-4 on the recent road trip. This wasn't supposed to happen! Kyrie Irving stated that Boston may need the addition of a 14-year vet to stabilize the situation. Who could that be? 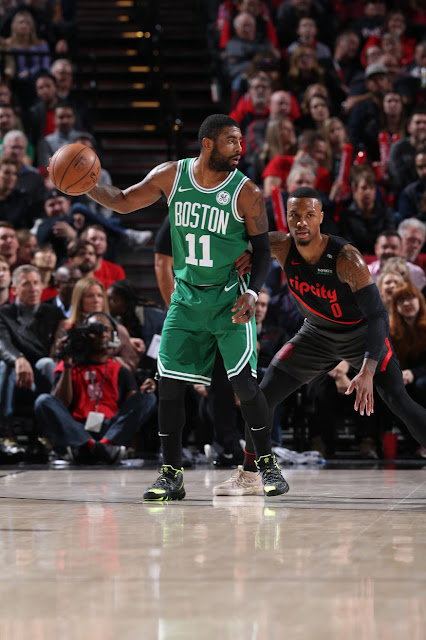 It won't be 29-year-old Tyreke Evans. He plays for Indiana and averages 10.3 PPG, 2.2 RPG and 2.4 APG in 19.6 minutes of action. How about Carmelo Anthony whose stint is about up in Houston? I can't see Danny Ainge going for that.

Kyrie Irving: "I think it would be nice if we had someone that was a 15-year vet, a 14-year vet that could kind of help us race along the regular season and understand it's a long marathon rather than just a full-on sprint.”

Evan Turner plays for Portland but seemingly has a soft spot for Boston and Brad Stevens. E. T. had a solid stint with Boston and is averaging 9.6 PPG, 5.1 RPG and 4.2 APG for the Blazers.

Evan Turner, the legend, on when Brad Stevens is going to win his first NBA title. pic.twitter.com/7u3VhD3DiI

Now let's get ridiculous. Jimmer Fredette is playing in the Chinese League (yes - I know - poor competition) and just unloaded 75 points on an opposing team. He also averages 5.8 boards, 5.8 assists and 2.8 steals per game.

This Celtics team may be loaded with talent, but they are young. I can't help thinking that maybe Danny should have gone after Evans this past summer. Many of us felt he would have helped. Jamal Crawford was available, and the Celtics probably rejected the idea due to Jamal's advanced age of 38 years. At least at this present moment, it seems like he may have been a perfect fit.

The Jabari Bird dilemma should be settled prior to the trade deadline, and if his contract is voided, Ainge may go after the long-term vet proposed by Irving. The next 10-or-so games will tell us a lot. Give us your thoughts.