Cs for C's: Boston's barely passing - is an A already off the table?


If the Boston Celtics were one of my students at Al Horford's alma mater, they'd be getting a suggestion to come and talk with me about the rest of the season during office hours, before bad habits dig a hole too deep to get out of. 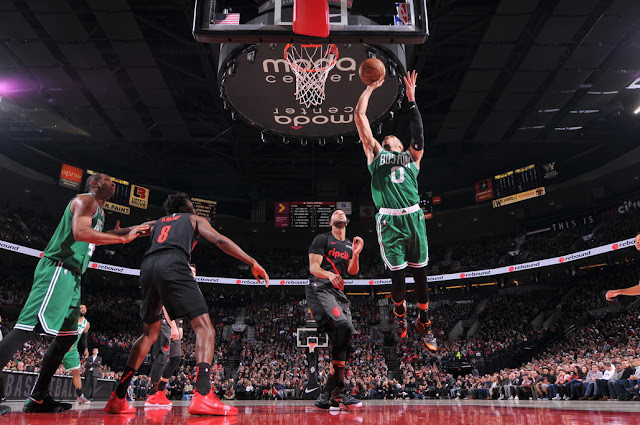 And that's roughly where the Celtics are - a promising student, on the precipice of graduating (to something bigger), taking their schedule too lightly, not realizing the subjects they are enrolled in are harder than expected, and that the folks they chose to work on their group final project aren't pulling their own weight.


Most of us have been there, and in Boston's case, it's not even that these players are being bad teammates, as my metaphor suggests - it's that they aren't being great teammates when it counts most, and at crucial junctures, slip down into just "teammates", who aren't even playing especially well.

There's also the fact that some players are on curves, like Gordon Hayward, and Brad Stevens, the TA for the class, is admitting he hasn't quite figured out the best study materials or test-taking strategies to recommend to a class...that's already struggling with the material.

While apart from collegiate metaphor I may be in no position to criticize Brad or anyone's job, for those of us who are watching the results, it's been disconcerting, and even though veteran scholars like Horford are putting the blame on themselves in admirable fashion, it's not up to Al (or anyone) to save the Celtics.


They've got to save themselves.

We know this team is talented. We have seen it with our own eyes. You have to want to succeed, though, and it comes through in the product of your work, which to date has been very much like what some of my un-engaged but most brilliant students sometimes turn in.

What I usually tell them goes something like this; you have an opportunity of a lifetime, between the talent you have and what you can do with it at this institution. Will that be something you cherish in thirty years, or regret? Better yet, given this is a group project and there are others depending on you - are you going to be something they cherish...or regret?

The path is wide-open for either outcome, still, and I'd be lying if I said to any one of them that it is in their hands alone to change it, or to blame. It's not; it's something they have to do together, because all of the late-clock Kyrie heroics will be as effective in the long run as a last-minute, panicked all-nighter usually is (not very). The Celtics are barely passing right now.

What grade do you want at the end of the semester?

In every way, Marcus Smart is the leader of the Celtics. He's been in Boston the longest. He takes no crap from anyone. No one gets a pass from Smart. It's good to see him be the one to call the team out. https://t.co/FjaKliyOAN
— Keith Smith (@KeithSmithNBA) November 12, 2018