The Boston Celtics got a much needed road win 124-107 over the New Orleans Pelicans. The win snapped the Pelicans' 5-game home winning streak, and for the first time in a long time the C's put together a complete, 48-minute effort. The offense was humming, and the defense made things difficult, including racking up 14 steals. New Orleans fans were not very pleased with their team's play, so let's take a look at what they had to say! 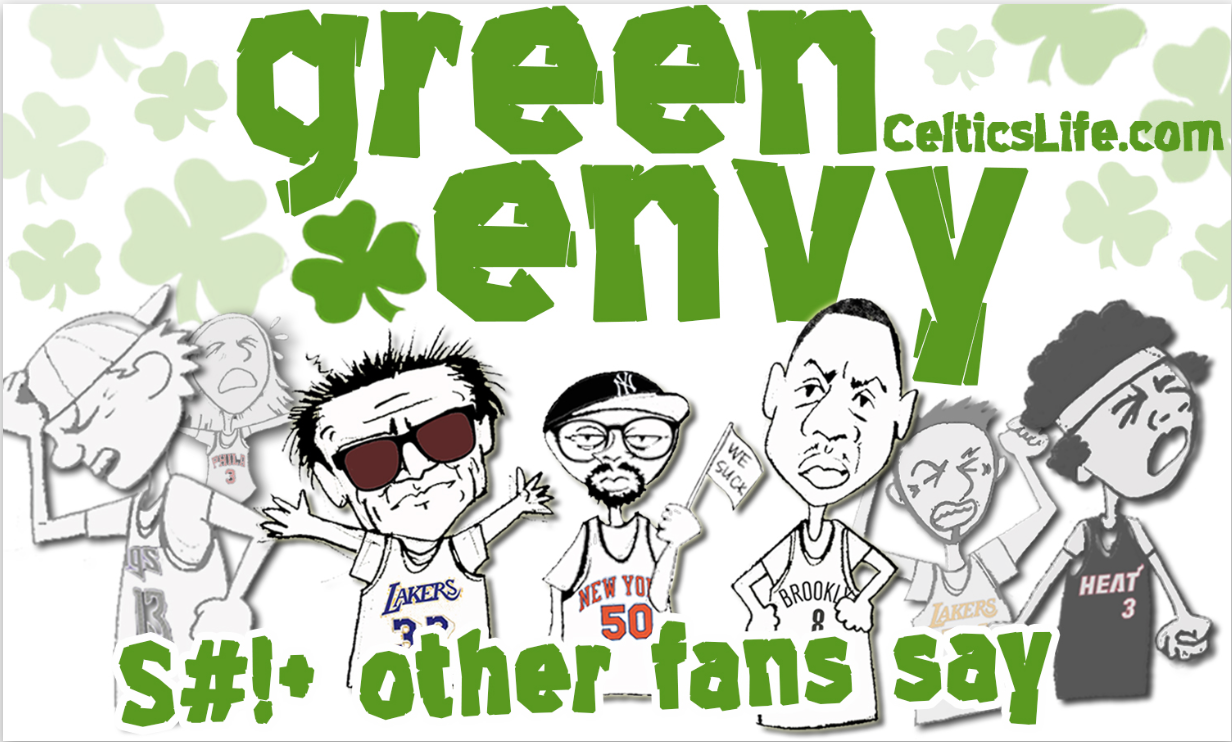 AD has to play perfect if we want to have any chance at winning this game.

Pels give up lots of stuff in the paint. Celtics are bad at getting to the paint. Let’s see who wins stoppable force vs movable object

This feels like an important game. Closing out the first 1/4th of the season where, in my opinion, we've underperformed but shown we can beat the best teams and lose to the worst. Trying to snap a losing streak against some very ass teams.

Trade for John Wall (Welp, that was quick)

Somebody go ahead and tell me one more time that Jrue Holiday is good at running the offense because “AsSisTs!” There is totally no flow to it. If one of your guys isn’t forcing a bucket then we aren’t scoring. There are no easy buckets with Jrue running the offense. Always been that way.

These dudes even practice? Like wtf is the issue?

Fast pace is good but not when you’re out of control and careless for the sake of going fast...

Why do we get shit on every single 1st quarter?

Tatum is good, but he doesn't seem any better than last year. Looks like he's stagnating. (YOU"RE STAGNATING)

I've seen this game before!

This is complete crap once again. We look like garbage. I have season tickets to a G-League team that plays cleaner than this. There's a lot of game left, so let's hope this first isn't a sign of what's to come.

I'm starting to get to a Joel Meyers level of frustration

This team disgusts me right now. If they don't turn it around by the end of Q1 I'm going to go read a book. Hope they're proud of themselves!

Jrue is spoon feeding possessions to the celtics....

Every year it’s the same thing. If the fast pace isn’t naturally forming then we just jack up contested three and try to throw the ball 80 feet on full court passes to inflate those numbers.
This wouldn’t be a problem is the half court was more developed. Since Gentry came in it’s been a huge problem. We can’t slow the game down without just going into a Jrue-AD pick and roll or an iso.

Undisciplined offense. They fall apart without someone competent at the point Lmao. At least run something different or take Jrue off the ball. Or hell, maybe try that three big lineup more?

Why does Gentry leave AD in for the whole quarter when he’s not playing well. Rather take him out a bit earlier and rest up and play a bigger part of the 2nd.

I love Jrue but I wouldnt mind trading him for someone more reliable.

Anyone got any positive notes?

Against a team like Boston, who has a lot of problems but none of them are due to effort or fundamentals, our flaws stand out so violently. This is hard to watch

Shots won’t always fall for us. That’s fine. But where is our fucking defense?!

How is it this close honestly. If we pull this out of our ass somehow I’ll be shocked

Effort and fundamentals as another poster said. This team has always lacked it and hiring Gentry was foolish.
I’m not from Nola, but I’m done watching this team. You local fans should voice your displeasure. This is unacceptable.

No offensive penetration, not much defense

Randle would be an all star if we were in the eastern conference.

We wanna show off our 20% 3pt shooting. No time for defense.

Do you have time to talk about our Lord and Savior Nikola Mirotic?

Serious question, do you think Gentry is the problem?

Where would we be without Mirotic man...he needs appreciation

Is that Solomon Hill or Allen Iverson? (Good lord)

Win or lose this game, something needs to change.

Well we got it to 9 so Im staying awake for the 2nd half, ready to be disappointed once again

I really wish ownership didn’t have a win now mentality and gave management a real shot at building a team around AD. So much young talent in the league helping their teams win games. We have none of that.

Over passing. Celtics see it. They’re jumping everything. AD needs to force the issue himself inside

That’s it I’m done. (Aww come on, it was just starting to get fun!)

Pels are trying to win only on talent against one of the most talented teams in the league. This is just stupid.

Haha Joel is throwing some serious praise at Brad Stevens, and I can only hear the not-so-subtle shade being thrown at Gentry...maybe it's just me..

Im out boys, another pathetic performance

Why is Solomon Hill playing

There is no way AD is here after the trade deadline. Smart for both sides to trade him now before he refuses the supermax and yall miss the playoffs.

Gentry has always been trash. Didnt know how to draw plays for Boogie and AD and everyone thinks hes been phenominal ever since the playoffs. Where was he before that?

Listen, I never want to lose a game. I truly don't. But this team needs a wakeup call and if we somehow pull this one out then when will this shit stop???

Does this team know that points and possessions are equally as important in the first quarter as the 4th quarter?