Diving into the numbers behind Boston's unreal comeback against the Suns 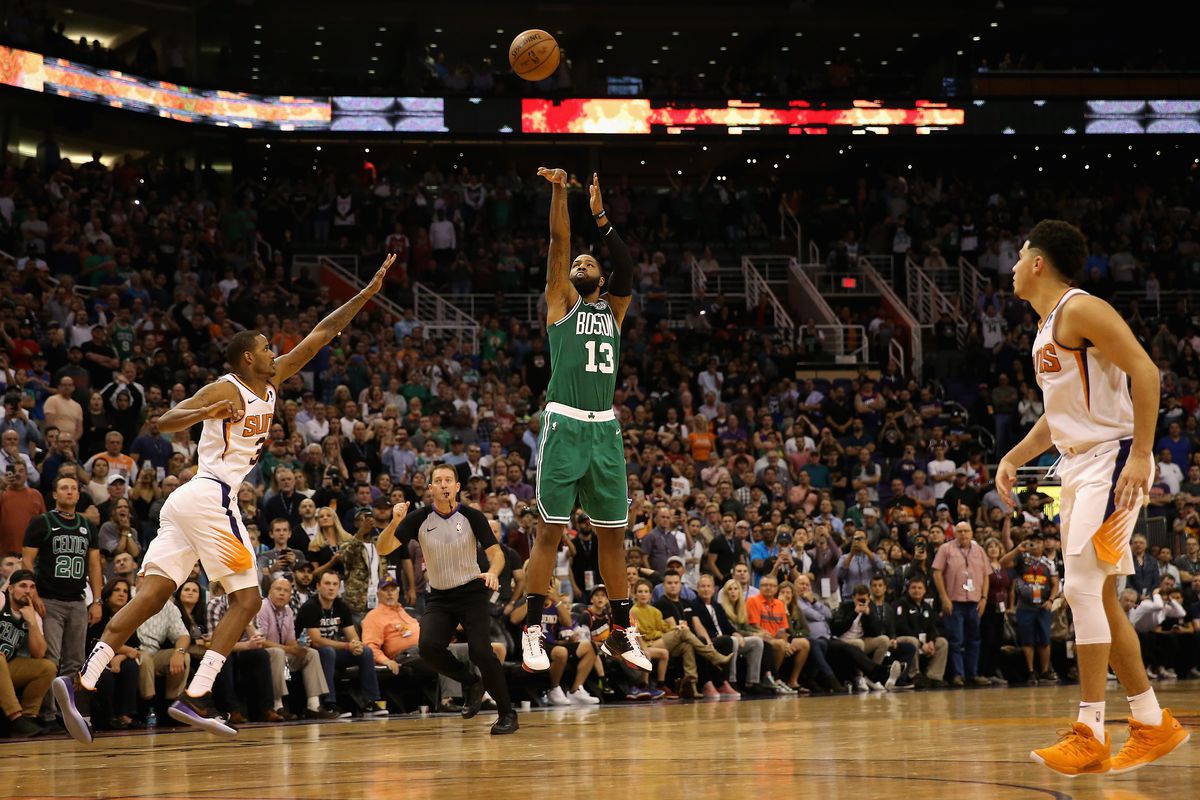 After finding themselves down 22 on the road in Phoenix, the Boston Celtics completed an improbable comeback to emerge victorious over the Suns on Thursday night. For those of you who couldn't hang with the later tip-off time, here's all you need to know about their incredible fourth quarter effort.

Boston had a horrific first half, in which they posted a mere 35 points of offense. Four of the five Celtics starters were held scoreless while combining to shoot 0-15. The offense miraculously came to life in a big way in the second half, led by Kyrie Irving's 26 second half points (including OT). They scored their points in a hurry in the final quarter of play:

It was one of the biggest Celtics comebacks in the last two decades, especially when you consider that they did all of their damage in the final quarter:

Again, this ranking doesn't give the massive turnaround the credit it deserves. I mean, the Celtics didn't miss a single shot in the final five and a half minutes! They shot 9-9 from the field during that time, 3-3 from deep, and went on a 24-8 run. They scored as many points in the first half (35) as they did in the first quarter. Better yet - they made as many field goals in the final six and a half minutes of regulation (10) than they did in the entire first half. Not to mention overtime, where the Celts shot 7-10 to seal the come from behind victory.

Just look at the win probability from last night. Boston had a whopping 0.3% chance to win when they were down 17 with seven minutes to play. As someone who threw a few bucks on the Celtics when they were down big (irrational homer move, I admit), I was quite excited to see them storm back given these odds:

Celtics outscored the Suns 43-19 the rest of the way.

This is a crazy turnaround that looks even more far-fetched when tracking the development of these odds throughout the course of the game:

Brad Stevens fixed his recession even faster than Obama. pic.twitter.com/VUS5LXrujI

I said it once and I'll say it again: Brad Stevens 2020! Well, last night was more credit to untucked Kyrie and some lights out shooting from everyone down the stretch, but still a funny comparison here.

Look, the Celtics shouldn't have been in the position they were in last night. One of the most talented rosters in the league should not be finding themselves down by 22 to a 2-8 Phoenix Suns team. I already know a handful of you will automatically be discrediting the comeback for this reason, and you have every right to do so. "It took them an overtime and perfect shooting in the final minutes to beat a 2-8 team by seven" is a mighty strong argument. But you have to admit, it was an exciting comeback to witness.