Are the Cs a team that should make moves, or wait out the bad ones?


It's getting to the point of the season where teams start to wonder if a bad start isn't a bad start, and that the bad part is just who they are. 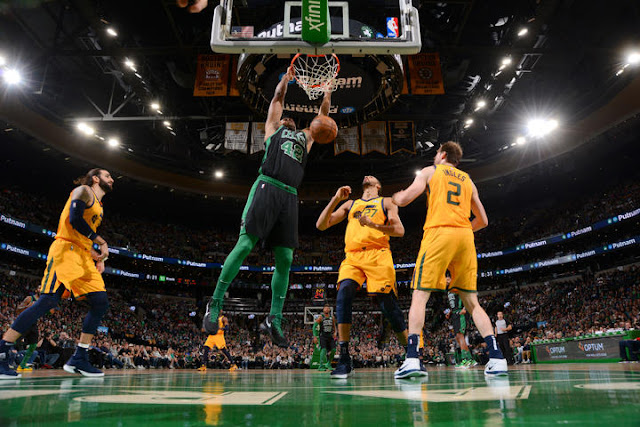 Wait, you thought I was talking about the Boston Celtics? I'm not, at least not yet, though I can't say I blame you for thinking this about certain players and/or a certain team, because we're honestly not that far off.

What I am talking about is a number of teams around the league who are struggling unexpectedly, and while we're being honest, struggling against much worse teams. These teams, who came into the season with firm playoff aspirations, will be lucky if they have a plus-.400 record come the trade deadline with the way they have been playing.

There's a cadre of teams, like the Minnesota Timberwolves, the Utah Jazz, San Antonio Spurs, Miami Heat, and Washington Wizards who control their own first-round pick in the 2019 NBA Draft who ought to be giving serious consideration to embracing a mini-tank if not a full-on rebuild, taking advantage of a solid lottery class to address the situation various bad decisions made over the last few seasons produced.

There's another cadre of teams, teams who are underachieving, significantly, but may just need time, or failing that, a not-insignificant-but-not-massive trade should time not heal all wounds, so to speak. These teams, led by the stumbling Golden State Warriors and well-humbled Houston Rockets, probably should include the Celtics, but patience is rightfully wearing thin among fans - how long until the front office joins them?

Probably longer than most of you think; there's been a lot of blood, sweat and tears, to trot out that tired cliche, invested in the youth on this roster, and patience is still merited now that we're emerging from the murderer's row of early matchups plaguing Boston early this season.

Certainly, now that we're hearing about players on teams like the Wizards potentially becoming available, it ought to light a fire underneath the Cs to work smarter, if not harder. But Boston shouldn't get trigger-happy with any potential deals until we've seen how this team responds to a schedule more amenable to building trust and honing craft.


Stevens: “You have to find your best version of yourself. It’s a long year... and I think that you keep working until you find that. Sometimes it comes quicker than others, sometimes it’s a process, but your goal is to be playing your very best at the end.”
— Boston Celtics (@celtics) November 19, 2018

It's also worth waiting around to see if even better opportunities avail themselves, as I am not exactly bowled over with the idea of trading our problems for those of another team, the only likely options on the table right now that Boston could manage to nab without a major shake-up.

On December 15, a not-small number of players become available to be moved, after CBA-mandated moratoriums on being dealt pass for players signed over the summer. Mark it on your calendar, folks - because that's when we'll most likely begin considering non-internal moves to remedy what ails the team.

While I am as sick of writing about the lack of cohesion and near-bucket shots as we all are watching it, we can rest assured that one way, or another, change is coming. I still believe in our team, but they need to believe in themselves for anything to change.