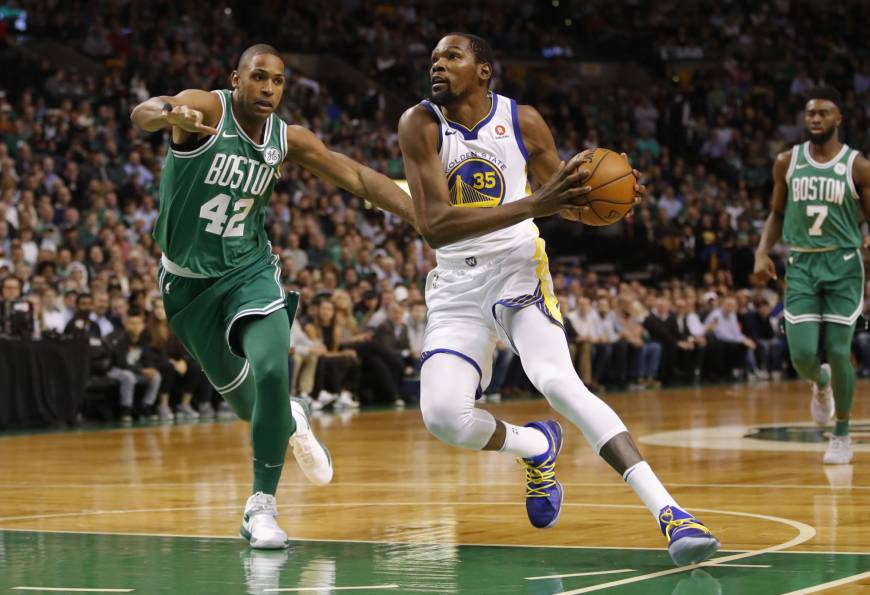 I remember it. In fact, I can recall exactly where I was when it happened. It was July 5th, with an almost-sprained index finger and tired eyes, I clicked refresh endlessly on ESPN, Yahoo and The Players Tribune’s homepages, while waiting on the buzz of a Wojbomb notification. It eventually happened; an article was uploaded announcing that Kevin Durant would be donning the famous green and stepping onto the Garden’s parquet.

Like a shot in the arm, the adrenaline was coursing through me; not just as a Boston Celtics fan but as a lover of the game, this was major. With the addition of Kevin Durant, the 2016 Celtics would have been impossible to ignore, with their stubborn defensive mind-set and masterful head coach. What great news – more parity across the two conferences and finally another contender for the Golden State Warriors, as well as the insummountable LeBron James roadblock.

Then, with one quick refresh, everything changed.

An incredibly popular website had seemingly pre-loaded several drafts for each possible destination, in preparation for Durant’s decision and accidentally pressed ‘post’ on the wrong one. Durant wasn’t to sign for the Celtics, the equilibrium wasn’t about to be restored and Boston were going to have to take alternative steps to become contenders, using Danny Ainge’s treasure chest of assets. In fact, the 2014 MVP signed for the aforementioned juggernaut in the Bay Area months after they had beaten him, sparking a rapid 180 of his reputation, a Russell Westbrook triple-double tear and most notably, some inspired Warriors basketball.

Of course, I’m looking at this in hindsight and since Durant signed in Golden State, he has won two NBA championships and two finals MVP trophies. For the most part, his move has been vindicated, as he has become a huge part of the Warriors offensive identity, rampaged through the league, just as many of us expected. He has adopted a thick-skinned ‘IDGAF’ public persona in interviews, while simultaneously tweeting like an embittered Catfish from his burner accounts. It has been fairly rosy for Durant during his tenure in Northern California – until now.

Following an on-court altercation at the Staples Center last week with his outspoken teammate Draymond Green, volatility spilt into the locker rooms, where Durant was said to be ‘dared’ by Green to leave the team during this summer’s free-agency. “We don’t need you. We won without you. Leave,” Green reportedly barked, between outbursts of profanity. Although speaking to an all-time scorer, destined for the Hall of Fame, he let Durant know that the Warriors were great before him and can be great after him. His actions earned Green a suspension, as the Warriors attempted to put patch up their biggest controversy for years and convince Durant not to split in the summer.

After his decision to leave Oklahoma, nothing can be ruled out with Durant. Although he lives within a basketball and business utopia, many believe the Los Angeles Clippers and the New York Knicks may have a semi-realistic chance of landing KD when he becomes available, due to their major market environment, their array of young talent and the platform they can offer him to put a more substantial stamp on his legacy. But the recent drama has made teams dream of a long-shot trade, as they keep tabs on both Durant and Green’s situation. As widely discussed, they can’t keep all of their core pieces together forever and several franchises are desperate to capitalize on the trouble in silicon valley paradise. To that end, if there’s a chance Durant leaves, why not get something in return?

One GM that constantly remains open to trade discussion is Boston’s Ainge, who was proven on several occasions that he is willing to put what he believes to be best for the team ahead of personal relationships. He narrowly missed out on Durant just a few years ago after throwing the kitchen sink into a recruitment drive, but no sound basketball mind would turn down a second chance sign the 30-year-old if it became possible. The main difference between now and then is that Boston now have a much improved roster and almost no cap space. Seriously. It would take a string of complex, brutal and implausible moves for the team to acquire Durant, but it’s not completely impossible.

Sure, Boston have gotten off to a sputtering start to the 2018-2019 season, but there can be no doubt that the talent is already there to make it work; would you even want Durant in Titletown or would you prefer them to roll with what they already have? Let us know in the comments section.

If he expresses interest elsewhere, is it possible that Durant gets traded to avoid him walking for free?