Let me state right away that this all about bragging rights - no prizes. Before every Celtics game, I will choose a specific statistic for that game only, and tonight's is, how many points will Blake Griffin score. Closest one wins and gets bragging rights for that one game, and the winning statistic may be over or under the actual number. For ties, each gets a point. 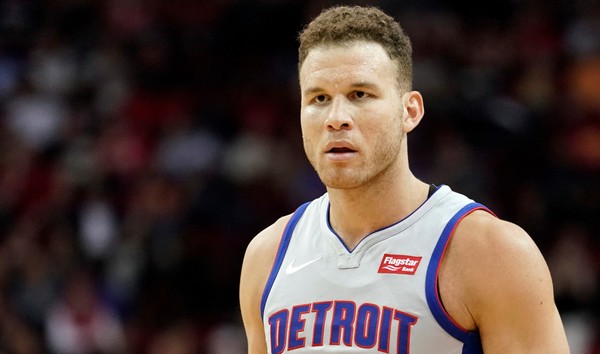 We know that Blake had been averaging points in the low-30's prior to the contest in Detroit, where he scored only seven. Give me your estimate in the comment section of this article, and I will mention the winner in an article tomorrow. Will Blake break through, or will he be contained once again.

There are 76 games remaining in the Celtics schedule, and the idea is to win as many of those as you can. The statistic will change constantly. It could be for a Celtics player or an opposing player (like tonight). It could be a combo of several stats like a combined-total of points/rebounds/assists. Ultimate goal is to accumulate 76 points (number of remaining games).

There is, of course, some luck involved but knowledge of the player(s), opponent, injuries, etc. will certainly come into play. If a player does not participate in the game, then that contest is simply cancelled for this purpose.

So get going right away and send in the number of points you feel Griffin will score tonight - no comment needed unless you wish to do so. Take a second and send in a number. You may be on your way to 76 points! Obviously, comments on this contest will be shut down at tip-off time.