If anyone has made a case stronger than Giannis Antetokounmpo to be an early favorite for MVP, it's a list you might be able to count on one hand, if not one finger. 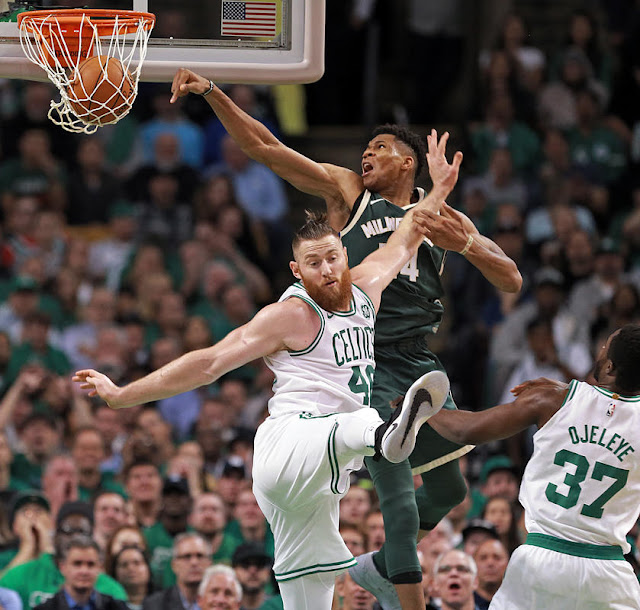 Averaging 25 points, 14.2 boards, 5.7 dishes and 1.7 steals per game so far in this early season sampling, few if any players can claim the same level of impact Giannis has had on-court so far. So when news came of the Greek Freak's concussion playing against the Orlando Magic this weekend, one might think the league's last remaining undefeated team might be an easy out for the Boston Celtics, who face them this Thursday.


Giannis Antetokounmpo has been placed in NBA’s concussion protocol and will not play tonight against Toronto.
— Malika Andrews (@malika_andrews) October 29, 2018

Granted, the Milwaukee Bucks' first un-freaky outing was against a Toronto Raptors squad who took advantage of Giannis' placement in the league's concussion protocol to rest Kawhi Leonard (while he looks good, his injury that plagued him last season is overuse-related), but the Bucks dispatched a deep and competent Raps outfit convincingly, 124-109, largely via the improved play derived from former Atlanta Hawks coach (and GM) Mike Budenholzer.

Will Boston dethrone the final lossless franchise in the league? Will Antetokounmpo emerge from the protocol in time to play? These are important narratives for a team expected to be at or near the top of the standings who are only just starting to get their feet under them, both literally and figuratively--it's going to be an exciting week of games for the Celtics.