This is a tough one, but I have to cast doubt on Danny Ainge picking up Guerschon Yabusele's option for next season. The deadline is Wednesday, October 31, 2018 - three days from now. 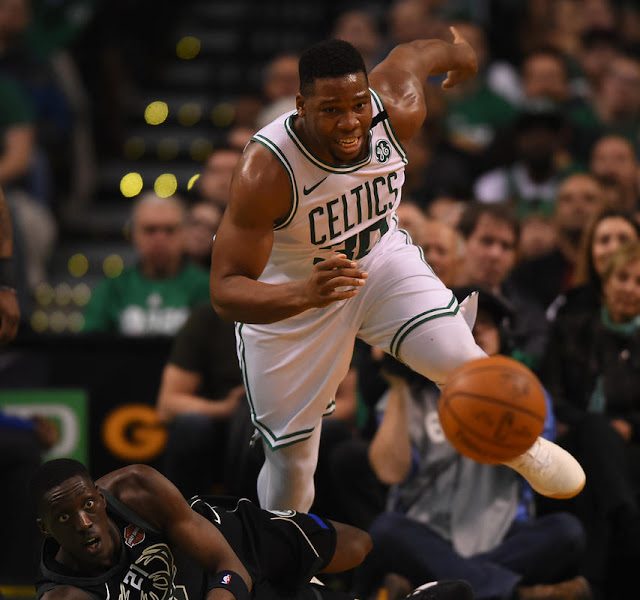 Yabu is being paid $2.7 million this season and would go to $3.1 million next season if the team picks up the option. That is not a lot of money by current NBA standards, but Boston is already in luxury-tax land and projects to go deeper into it. Picking up Guersch's option would cost much more than $3.1 million.

This season Yabu has played in four games, averaging 3.7 minutes, one point and 0.8 rebounds. The Dancing Bear is a favorite with fans and teammates alike, but in the end, going to another team and picking up more playing time may actually be in Yabu's best interests.

Barring the numerous injuries suffered by various Celtics players last season, Guersch's minutes will be very limited this year. The fact that rookie Robert Williams may be emerging from obscurity, and that the Celtics may have a high-lottery pick in 2019, the writing may be on the wall.

Ainge's best bet, which I believe he will take, is to not pick up Yabu's option and wait until the end of the season, making him an unrestricted free agent. The Celtics can then attempt to renegotiate the deal more in-line with their financial situation. Or Guersch could receive an offer from another team and be gone. Yabu is still young and may be far from his peak. Ainge will be watching his performance closely this season.