The Boston Celtics demolished the undefeated Detroit Pistons 109-89 for their second win in a row. The offense was flowing, the shots were dropping, and fans got a glimpse of how potent this team can be when things are clicking. 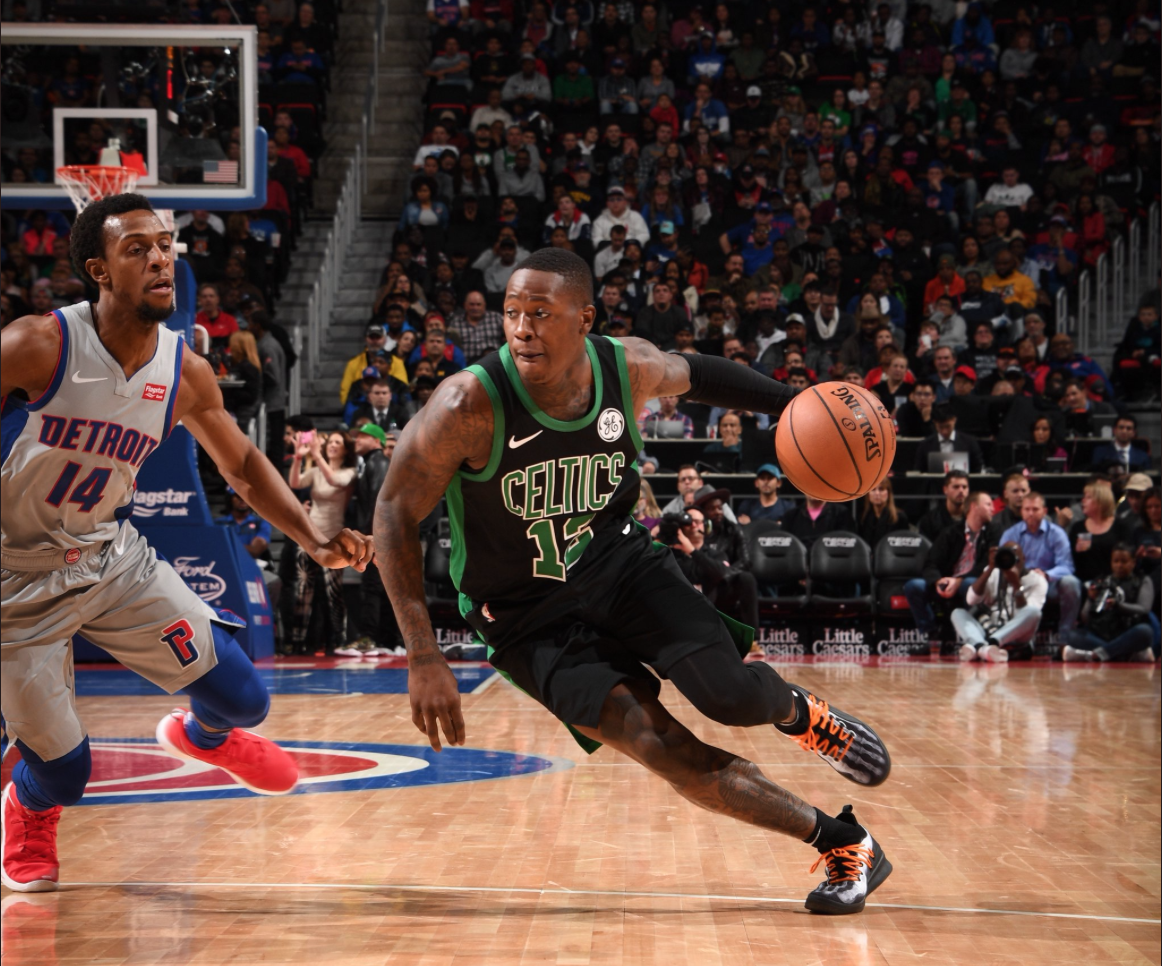 Jaylen Brown led the team with 19 points on 6-13 shooting, a welcome site after starting the year in a real slump. Marcus Morris added 18 points and eight rebounds, and Daniel Theis chipped in 17 points in, potentially, his best game in a Celtics uniform. Andre Drummond led the Pistons with 18 points and Stanley Johnson added 16 points.

The early storyline of this game came from the opposing styles of play. The Pistons utilize two traditional bigs in Blake Griffin and Drummond, while the C's, minus Aron Baynes, went small. Drummond had four points and three boards in the first three minutes, but picked up two early fouls after having to switch and guard smaller players from Boston. Advantage Celtics. The offense looked much better to start the game. While it would have been difficult to look any worse than they did against the Thunder on Thursday, the ball movement was more crisp, there was a lot more movement, and less isolation basketball. Plus, a few shots started to fall, which is always helpful.

Brown found an early rhythm after a rough start to the season. His seven first quarter points came from all areas of the court, knocking down a three, hitting two free throws, and scoring on a smaller defender in the post. All of this came while drawing the starting defensive assignment on Griffin, where he more than held his own.

I wondered before the season if the Celtics smaller starting lineup would surrender anything defensively, but it has been fierce through five-plus games. If the offense comes around like it should, they'll be scary.

Theis, in the absence of Baynes, had a big impact in the first half. He chipped in 14 points on an efficient 4-7 from the field, to go along with seven boards, and was able to change some shots on the defensive end. Theis, much like Kyrie Irving and Gordon Hayward, has showed some rust after missing extended time with a torn meniscus, but he looked back to his old self against Detroit.

Boston imposed their will on the Pistons throughout the first half. They were getting whatever they wanted on the offensive end, 51.2 percent from the field, 56.3 from three, and held the Pistons to just 41 points on 37.8 percent shooting. They also held their own on the glass against one of the best rebounding teams in the league.

The most impressive stat of the first half? The Pistons are shooting 36 percent and have 0(!) offensive rebounds. Unreal job by C's (without Baynes) against best offensive rebounding team in East.

Brad Stevens only went nine players deep in the first half, but the bench quartet of Marcus Smart, Terry Rozier, Morris, and Theis combined for 34 points and 17 rebounds. The Bench With Attitude continued the onslaught and helped propel the team to a 63-41 halftime lead.

Unlike the first five games of the season, Stevens elected to keep Hayward in to start the second half. Five quick points to start the quarter only solidified that decision. Some sloppy play and a number of off-the-ball touch fouls mucked up the first six minutes of the third quarter. The Celtics weren't pushing the ball like they had been all game, and the offense got a bit stagnant. Fortunately, the Pistons were not able to capitalize. They got the deficit down to 15 late in the third, but couldn't put together enough sustained scoring to make an actual run.

After a little push from Detroit, the Celtics opened up their lead again and put the game away early in the fourth quarter. Robert Williams made an appearance in the final frame and immediately threw down a massive dunk off of a Smart lob.

With a busy week against some tough competition on the horizon, Boston was able to rest some of their starters down the stretch. With the exception of Jayson Tatum (31 minutes), no Celtics starter played more than 25 minutes.

The Celtics will be back in action on Tuesday, Oct. 30, against these same Detroit Pistons.