Watch: Ray Allen has something (more) to say about his time in BOS


Ray Allen is talking to everyone about how the schism between him and his Boston Celtics teammates.

Everyone, it seems, except the persons he ought to be talking to about it, anyway.

It's summer, so I'll suspend my "Ray Allen says things about the schism" moratorium just to bring this to those of you who might still be interested in this drama. 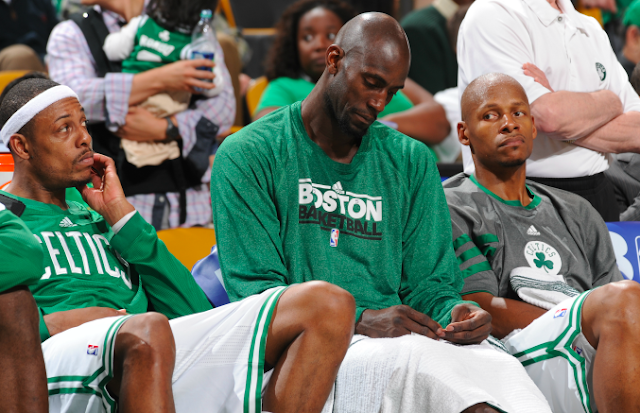 By now, most of you know I hope they work things out, and I'm thankful for what Ray brought not only the Celtics, but like many of the "southern" footprint of Celtics fandom from Connecticut, also that state's flagship university.

I am less thankful that people don't get what needs to get done to end this drama that never ends, however. It goes on and on, my friends! Some people staaaarted talking shit, not knowing where it'd go, now they'll continue talking shit forever, because...

Watch the videos above to hear a couple snippets from the interviews if you've only got the stomach for a sampling, or listen to the whole interview in the podcast below, if that's your thing. No shame in it if you do, just not my cuppa.