Terry Rozier's postseason success put him on the map for free agency targets of teams in need of floor generalship, and if John Gambadoro is right, the Phoenix Suns are already trying to get a leg up.

Gambadoro, a popular Arizona sports radio host, recently tweeted the Suns have been in pursuit of a starting- caliber point guard after shipping out Brandon Knight for the Houston Rockets' Ryan Anderson, targeting not just Rozier but the Portland Trailblazer's Damian Lillard and the Charlotte Hornets' Kemba Walker as well, with no traction - yet.

John seems to suggest the Milwaukee Bucks first round pick the Suns acquired in the deal they sent Eric Bledsoe (or was it Drew?) to that team last season would be the primary asset in play, presumably with a younger player - perhaps Elie Okobo or Richaun Holmes - and cash or another player for salary matching purposes. 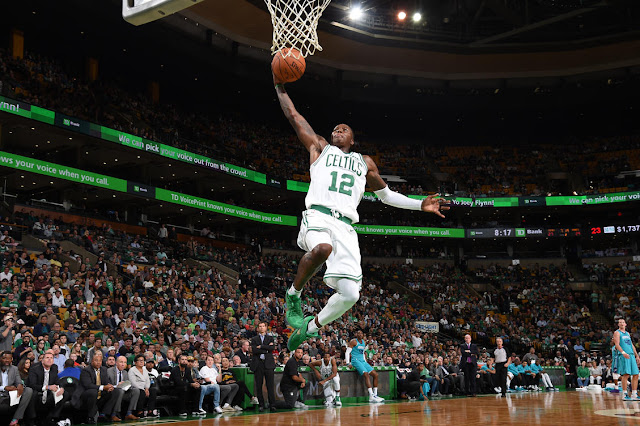 With a real shot at competing for a banner come spring, it's very unlikely Danny Ainge will make a move for a haul like this, which, while it would be a fair return for a player on an expiring deal, is unlikely to happen on Boston's end with their postseason aspirations and an unlikely-but-still-possible scenario that could see Kyrie Irving leave the team over the summer in free agency.

Don't put too much stock in this, as it was very likely a short phone call. But come February with a less-than-ideal record or team chemistry (or a better offer), and it's certainly not out of the question. The protections on that Milwaukee pick (protected 1-3 and 17-30 in 2019, and 1-7 in 2020, it becomes unprotected in 2021) would line up well with Boston's likely need for cheap, young talent as Jaylen Brown and Jayson Tatum move towards their second contracts.


Suns have definitely been trying to trade for a front tier point guard - Lillard, Walker, Rozier - but to no avail. Situation at point guard now is not ideal and Phoenix will have to make a trade but Milwaukee pick that they own is not that valuable.
— John Gambadoro (@Gambo987) August 31, 2018