Kyrie Irving heading back to school - No, he's not learning astronomy


Kyrie Irving is heading back to school, and it won't be to study astronomy - even though many feel his Flat Earth Theory might be flawed. He will be taking a one-semester course at Harvard Business School called CrossoverIntoBusiness. 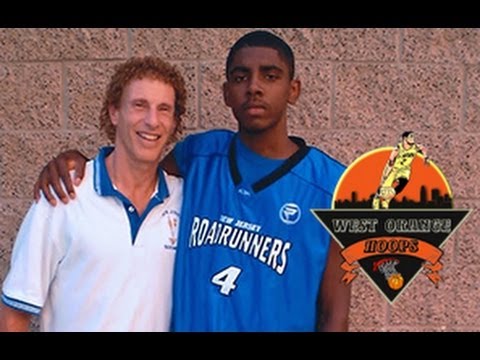 The course is specifically for athletes looking to educate themselves about making wise and profitable business decisions during and after their athletic careers. This is what former NBA star Chris Bosh, a past graduate of the course, had to say:

“I stepped back and said, ‘Why don’t I just take this time to educate myself and really, really learn about and get at the core of what business is, how business works, and see what it is I like. Let me try to connect the dots and educate myself first.”

The course is taught by Professor Anita Elberse, seen in the front row wearing yellow sneakers. There appears to be something special about the sneakers that will be revealed later. Kyrie has an unbelievably-smug look in the photo, no doubt preparing to divulge his inter-stellar, out-of-this-flat-world theories on business to the throng.

Attention pro athletes: This fall, we’re on again with #CrossoverIntoBusiness! Now open to ALL sports. And free. Apply by August 20. pic.twitter.com/xWrQ6jE37L

My take from all this is that Boston remains a fine landing spot for star athletes in all sports. The city - it's culture, medical care, institutions of learning and centers of entertainment are attractive to many. Those factors may also play a role in the Celtics being able to retain star players. Speaking of theories on business, here is Jacob Marley's take on it to Ebeneezer Scrooge.