NBA TV analyst, and former Celtics star, Kevin McHale is fun to listen to, and he does not hold back. He lets you know what is on his mind, and he does not take too much time choosing his words carefully. In this morning's NBA TV broadcast Herman Munster (as Danny Ainge called Kevin), McHale laid out his thoughts on how Ainge would handle the haze surrounding Kyrie Irving's player option next season. 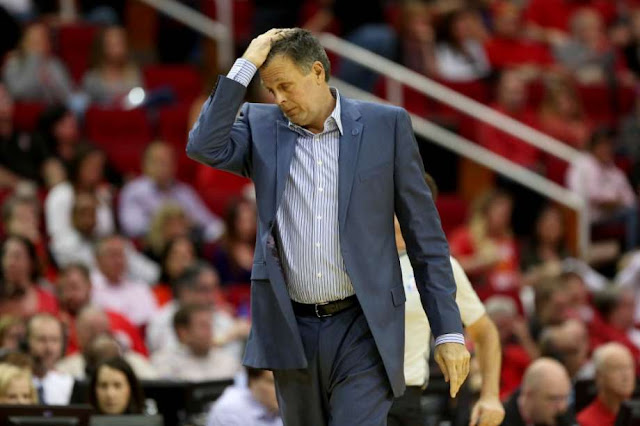 Nothing is 100%-assured until it happens, and that is the case with Kyrie Irving's impending free agency should he decline his player option next season. Kevin, as always, didn't hold back and gave us his direct perspective:

Danny Ainge may be a very good friend of mine, but he is one cold-blooded character. If he senses at all that Kyrie (Irving) has not bought in 100% (then digresses) - Terry Rozier showed last year that he could play basketball in the playoffs - He (Ainge) would pull the trigger in a heartbeat - (imagining Danny's presentation to Irving) "if you don't want to be here in the long-term, I'll make a change. I'll trade you!" 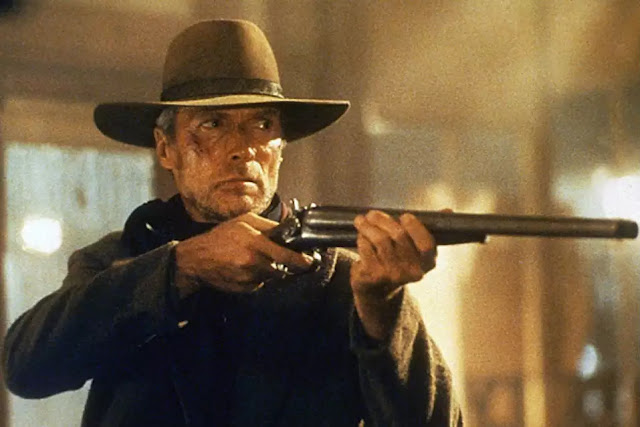 McHale finished his speech by reacting to the question of whether or not Kyrie is 100% bought-in in remaining a Celtic. "I do believe he has bought in" was Kevin's final comment. Well, let's hope so. But if not, please gaze at the above photo of cold-blooded William Munny (played by Clint Eastwood) about to pull the trigger on the evil Little Bill (played by Gene Hackman) in the film, Unforgiven. Munny was locked and loaded, and so is Danny.