How would a Jimmy Butler-to-the-Clippers scenario affect the Celtics?


We now know that Jimmy Butler wants out of Minnesota, and the only questions that remain are where is he going and when. If he goes to the Clippers, that could have a significant effect on the 2019 NBA draft where the Celtics have four potential picks. 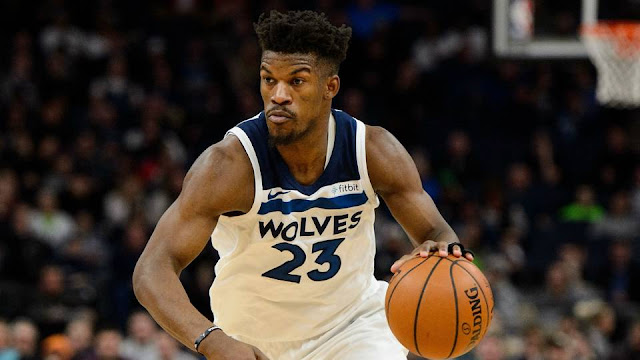 Boston currently holds either the 76'ers or Kings first-round pick - number-one protected. They also own the Grizzlies pick, top-8 protected and their own first-rounder. Adding to Danny Ainge's riches, the Celtics own the Clippers first-rounder outside of the top-14.

The Philly/Sacramento pick is a given - the only question being where it falls, but it looks like it will be the Kings pick somewhere in the lottery. Boston getting the Memphis pick at the end of this season seems questionable right now. Butler possibly going to the Clippers could mean they make the playoffs either this season or next, allowing that pick to fall outside the 1-14 range - and therefore convey to Boston.

A reminder for Celtics fans monitoring Jimmy Butler trade talks: You want the Clippers to make the playoffs this year or next. Boston gets the Clips 2019 first if it is 15-30. Otherwise it rolls over one more year lottery protected in 2020 before becoming a 2022 second rounder.

The general thinking by Ainge is that you can never have enough wings or draft picks, but the question remains, what would Boston do with four new, young bodies. They are loaded already.

Jerry West has moved on from his big-3 of Chris Paul, Blake Griffin and DeAndre Jordan, and this is most likely the season where he starts his usual rebuild-on-the-fly. Jimmy is in his prime and would be a good start.

Butler going to a team other than the Clippers would most likely mean the Celtics don't get the pick this season or next. The pick becomes a 2022 second-rounder after that. Jimmy actually ending up with the Clips and the team making the playoffs either this season or next probably nets the pick for Boston. Ainge's masterful maneuverings become very evident here. We are lucky to have him on our side. And to add to the drama - Jimmy apparently has ties to Boston.

You know what this means🍀🍀🍀

Andrew Wiggins' brother tweeted (and deleted) ‘hallelujah’ after Jimmy Butler requested a trade from the Timberwolves.

Then Jimmy posted this on his ig story 💀 pic.twitter.com/7k6o3EyKdV