As NBA players open up on mental health, Marcus Morris does as well


The last thing you'd probably think if you met Marcus Morris is, "Now, here is a guy who could use some help."

Known as one of the NBA's toughest players, a man you do not trifle with, he's also well-paid for his services, and while perhaps not on the level of some of the league's biggest stars, he's light years ahead of most of the people he grew up with in North Philadelphia. And therein lies the problem.

There's a way we treat people who have been traumatized that's different. People know it, even when they deny it, laughing it off, brushing it aside, or playing it down. Sometimes, it's embraced - jokingly. "My man, he's so crazy!"; other times, it's sublimated - into violence, or substance abuse.

To show vulnerability is often seen as weakness, and to ask for help, even more so. 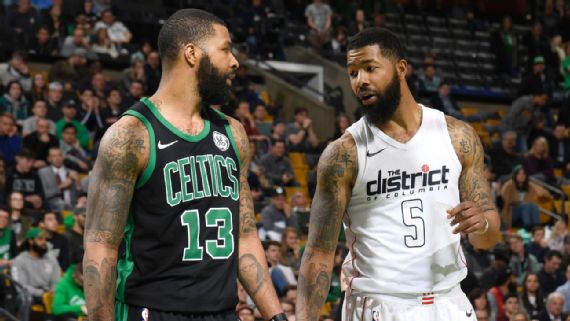 So, they go untreated, becoming addicts, abusers, or just remain unwell while the impact of that trauma eats away at their work, their relationships, their very sense of self, sometimes.

For Morris, the trauma of growing up in poverty was inescapable. His home literally did not fit him and his brother Markieff, both too tall in their teens to stand in the basement they called home. Their father was not in their picture, and their mother worked two jobs to be able to afford the things two growing boys need. Their neighborhood was there waiting to consume them the moment they made an unwise decision; said Marcus of where he and Markieff grew up (per ESPN's Jackie MacMullan):

"We were just trying to survive every day," Marcus says. "As a kid, it's fun for a minute. You don't see yourself in any danger. Once you become a teenager, you're unprotected. Now you're a target. If you're wearing some Jordans, they're coming for you. There were plenty of times I had to protect myself. You walk out the door every day looking around, watching your back, just trying to stay out of the line of fire ... You see shootings, pistol whippings. One wrong decision, one wrong word, and it escalates so quickly into a full-blown war. It's like that in Philly. You're trapped in a box. Your opportunity is so small, so once a person gets ahold of something, they protect it with their life. It's hard to explain if you haven't lived it."

It teaches you survival skills too - if you survive. Eventually, though, you learn that smashing everything in your path is no way to live, only to survive, and a life spent surviving is a life not spent living. If you're lucky, you stumble into the right people or circumstances to heal. Most do not.

The links between poverty and other forms of abuse that often come with it and a host of problems later in life are robust, well-documented in countless studies that demonstrate not just the physiological impacts of poverty and other forms of trauma in early life and a plethora of issues, but the psychological as well, ranging from physical diseases to mental health issues, addiction, and even death later in life.

The link is clearly established, and we know that counseling from trained professionals is a powerful tool to fight the ills these trauma create. So why aren't more people getting it?

Access is a major problem, of course, with so many people having few options to be able to afford it; even those with insurance plans which will let them visit such professionals often cannot, because working their way out of poverty often means working two jobs...with life right there waiting for you when you punch out of both. And that's assuming one lives in a place where there's even such people to get to by whatever transport options you have at your disposal.

Being poor is more expensive than many realize, as odd as that sounds. 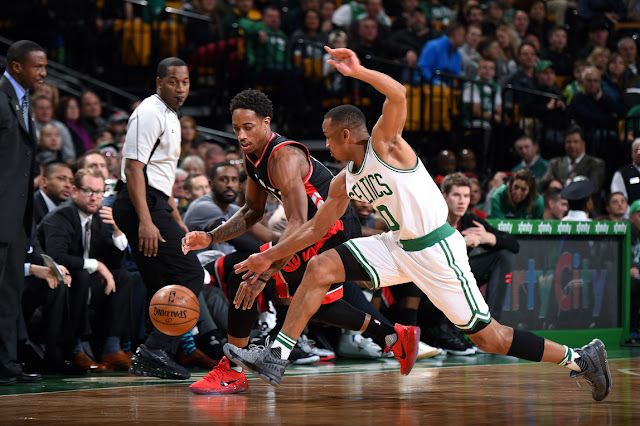 But that's not the only obstacle - we are, collectively. The stigma that surrounds weakness isn't limited to the inner cities, though the poorer the neighborhood, the stronger it can be. DeMar DeRozan used to try and project a facade of invincibility as a youth growing up in similarly rough circumstances, a force field of sorts to protect that vulnerability you are taught very young to hide (per MacMullen):

"If a guy walks past you, you gotta make sure you don't show any type of weakness, so they won't mess with you ...That's something that carries over to everything you do as you grow older. It's constant. And it's draining. For me, it just got to a point where I decided, 'There's nothing I need to hide behind no more. I'm not going to worry about someone calling me weak or soft. At the end of the day, I know what I'm made of."

DeRozan is in a place that he can tell the world this. Marcus and Markieff as well. Just barely, though - had Jackie MacMullan not done this series, they might never have said anything. I might not be typing this column, telling you all how homelessness, drug addiction, and poverty nearly derailed my life before it had really started, and that I only ended up where I am now through adopting a similar mindset...and then being lucky enough to realize my survival tactics were slowly killing me.

It is never weak to show vulnerability, and there is no shame in realizing you have been negatively impacted by things beyond your control. There's no easy answer for the countless persons going through this without access to professional help, but in speaking about it openly, we may move things forward, creating the space for dialogue that leads to solutions that help all people suffering with mental health issues born of trauma in their lives. Or even just mental health issues.


Marcus Morris is one of the NBA’s toughest guys. Here he is opening up about depression and mental health to Jackie MacMullan. Anyone can deal with this stuff. Feel comfortable trying to find happiness. https://t.co/IziAMcWZR4
— Jay King (@ByJayKing) August 21, 2018

Ask for help if you think you might need it. If no one is out there you trust, ask me. Together, we'll figure it out - because if all you needed was money, you wouldn't be reading this article. Many thanks to Jackie MacMullan and the NBA stars who stepped forward - your work is saving lives. If you don't believe me, take it from Mook (per MacMullen): "We need to forget about the criticism we might hear ... We need to search and find out what makes us better. This isn't even about basketball. It's about my life."