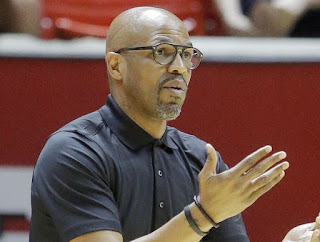 It should first be stated that Assistant Coach Jerome Allen has not been formally charged with a criminal offense and has not openly been named as a person involved in this matter.

According to Bloomberg.com, a former University of Pennsylvania basketball coach took bribes from a Miami Beach business man to help the man's son gain admission to the college.

Both the Celtics, Penn State and the Miami U. S. Attorney's office have not commented on the matter. This is Bloomberg.com's Michael Smith et al on the matter:

The coach is Jerome Allen, one of the biggest basketball stars in Penn history and its coach for six seasons, according to a person familiar with the matter. Neither the coach nor the school is identified in an indictment filed against the businessman late Thursday in Miami, but the filing contains descriptions of a Philadelphia school and its head coach that match Allen’s tenure at Penn.

Allen, whom the government refers to as Coach 2, isn’t charged with a crime. But prosecutors say the businessman, Philip Esformes of Miami Beach, illicitly gave him more than $74,000 in the form of cash, a recruiting trip to Miami and a separate ride on a private jet in 2013 and 2014. Esformes, who was initially charged two years ago, is accused of health-care fraud, money laundering, conspiracy and bribery.

The bribes were intended to help Esformes’s son, Morris, who was a high school basketball player, gain admission to Penn, the person familiar with the matter said. The son began attending Penn in 2015 and is now a rising senior, according to his social media accounts.

Allen coached at Penn from 2009 to 2015. Bloomberg.com indicated he was fired in 2015, although Wikipedia states he resigned in that year. He has been with the Celtics since 2015 as an assistant to Brad Stevens. We will furnish updates on further action, if any.