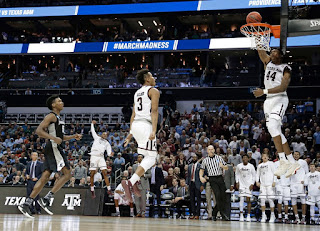 We have all heard the stories by now. Robert Williams missed his first conference call with the Celtics. And then he lost his wallet, resulting in a missed flight and his absence at the initial Summer League practice session.

Generally, when we talk about a rookie being raw, we mean he has size, skills and athleticism but lacks basketball IQ at he NBA level. They just don't know how to inject those God-given and well-earned gifts and talents onto the court against seasoned vets.

Williams definitely needs work on a few aspects of his game, including free-throw shooting, but that is not the main issue. I truly believe that part of the reason the Celtics shut him down after a brief stint in Summer League was not so much to allow the knee injury he picked up in his first game there to heal, but rather to work on his immaturity and irresponsibility.

First things first. I would have set two alarm clocks to make that conference call and prepared will ahead of time to make that flight - but that's just me. Robert may have been more ready to take the court than to step into the limelight.

Robert Williams said he takes a lot from other players, but specifically mentioned Anthony Davis as a player he models his game after, as "a versatile big."

Danny Ainge thinks Williams can be a special player, and so do I. I cannot think of a batter environment for him than the Boston Celtics organization. The team is in the process of re-adjusting his head while they also work on such things as improving his handle on the court. Anthony Davis potential? That is a bit lofty, but if the immaturity and irresponsibility are replaced with mental discipline and focus, we may see one hell of a player.