Videos: The Jay Team's view on Game 2 is wise beyond their years


You would think they'd get caught up in the exuberance of blowing out the Cleveland Cavaliers in the Eastern Conference Finals, but Jaylen Brown and Jayson Tatum are having none of that rookie ish, despite the fact Tatum is indeed a rookie, and Brown just a season removed. 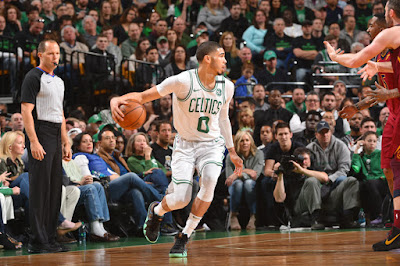 The Jay Team is gearing up to put the boot down and take it to the Cavs in the second game of the series this Tuesday instead, hoping to capitalize on the weak performance from much of LeBron James' supporting cast.

Whether or not this is wishful thinking will be seen soon - it's hard to count the Boston Celtics out of any scenario at this point, having defied expectations with almost mathematical precision since the first week of the 2017-18 NBA regular season.

Watch the videos below to hear Jaylen and Jayson's thoughts on being up 25 on one of the best players ever to play the game, and what they have to say about the next game on the schedule.