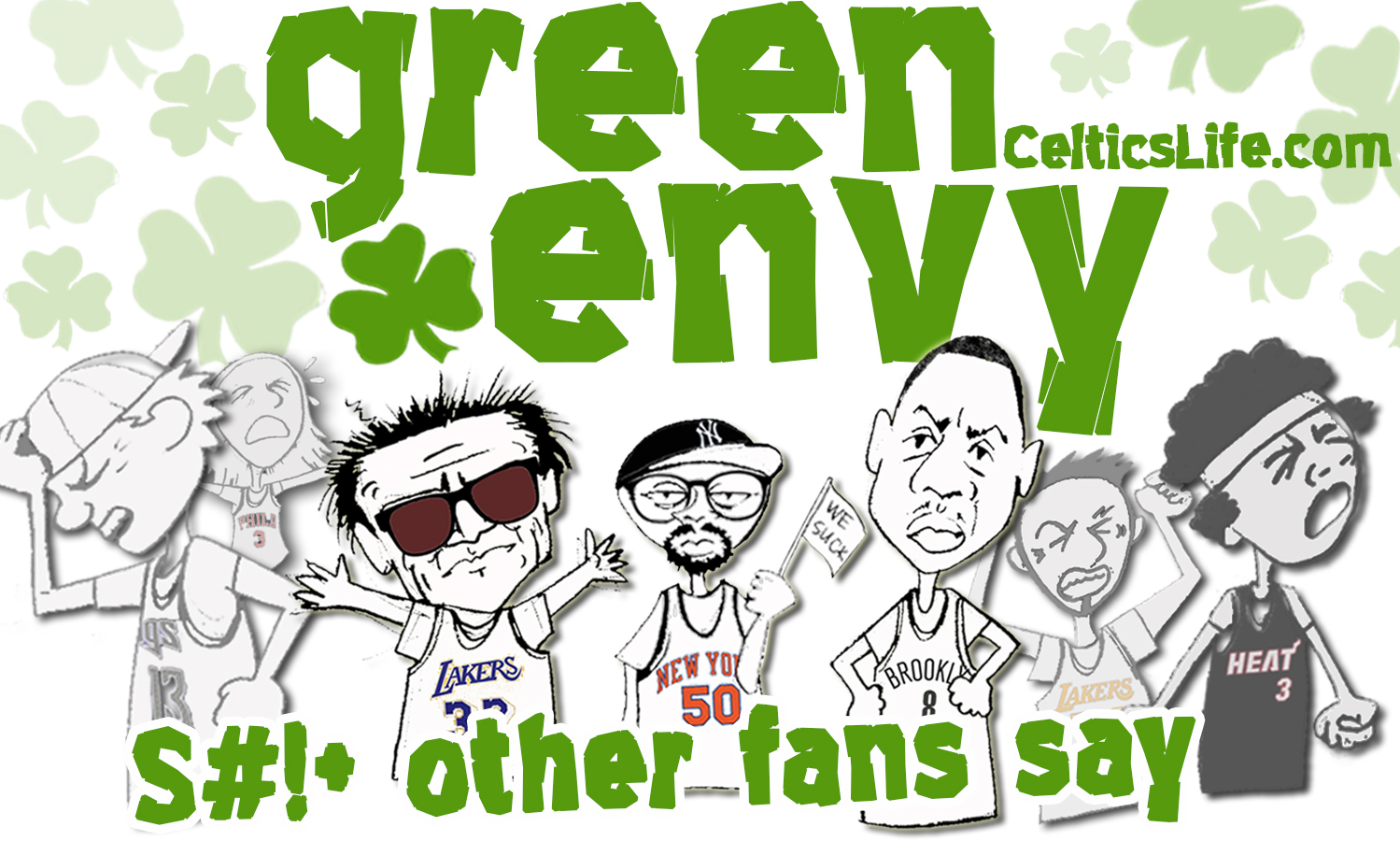 Another day, another Celtics beat-down of the Cleveland Cavaliers in Boston. LeBron came to play, but he forgot to bring his friends! My favorite JR Smith showed up tonight and the C's rolled on Bron Bron and the boys from The Land yet again. Many Cavs fans are already calling this the end of the LeBron era after just two games this series. Sad!

At least we had fun with LeBronto

And the bad part about it is GS will most likely 4-0 this team
|
That’s what every team said when they played the Celtics. 🤷🏻‍♂️

Losing to the Celtics is the worst thing ever. I hate their fanbase so much..

Lets do this!!! WERE MORE TALENTED. We have LeBron. CAVS BY 2O

I've got my lucky Cavs shirt on. We should be alright

Is it just me, or do the Celtics foul on every possession?

2nd game in a row lue refuses to take Jr out when he is playing like ass.

Lost momentum when lebron got hurt. Seems over now

They want it so much more than us man. Idk why

Best part of the night is when I was told there were two elite coaches at the game tonight... all time joke

JR has 24 minutes, korver 13... I'm no rocket scientist, but that doesn't seem like a good plan

Smart wants it more than our entire team

I just want Lue gone. I can’t believe I can hate a coach so bad that won a championship, but here I am.

This will be known as the game Lebron's heart left Cleveland.

At least we can watch that bitch Kyrie sit on the bench while his new team does it without him.

I could play on the Cavs and there wouldn't be a difference. Tyrone Lue is a moron, Love has a vagina, and everyone else straight up can't play.
|
Love had the second most points. And there is nothing wrong with having a vagina.

Man I will boycott warriors celtics

Jr better not play a minute of game 3.

We essentially just handed Boston kyrie, and they are kicking our ass with him on the pine

im sad that the streak might be over
|
It’s more than the streak fam. Be prepared to be the laughing stock of the NBA Again

Oh yeah, by the way the Celtics are missing their two best players.

This is not looking good....

All of Kyrie's replacements are worthless

bron will be okay. speak it into existence y’all

Any chance we had to come back was thrown out the window by JR. Thanks.

Yo for real. I hate watching this team as much as I love LeBron.

Lebron is 199% gone after this season. Nice way to completely shit the bed and making his decision 2.0 easy for him

Jr with the instant loss

Gilbert will call LeBron tonight asking who exactly he wants gone this summer
|
Everyone?