People around the Boston area have been boasting Boston Celtics head coach Brad Stevens' level of basketball intelligence and place among the hierarchy of NBA coaches for quite some time now. Whether or not other fan-bases around the league we're noticing the past few years or so, the former Butler University coach has been establishing himself as one of the league's up-and-coming gems working with scrap-heap rosters made up of cast-offs and young, inexperienced talent yet still producing incredible results.

Especially with this improbable playoff run this post-season though, it now seems Stevens is no longer just an up-and-coming NBA coach but as now ESPN analyst, and former Celtic-great, Paul Pierce dubbed him during yesterday's Game 3 lead-up coverage, he might be "the best coach in the league."

For those of you who have yet to admit it, well sorry but move over Gregg Popovich, because yes, Brad Stevens now looks like the best coach in the league. 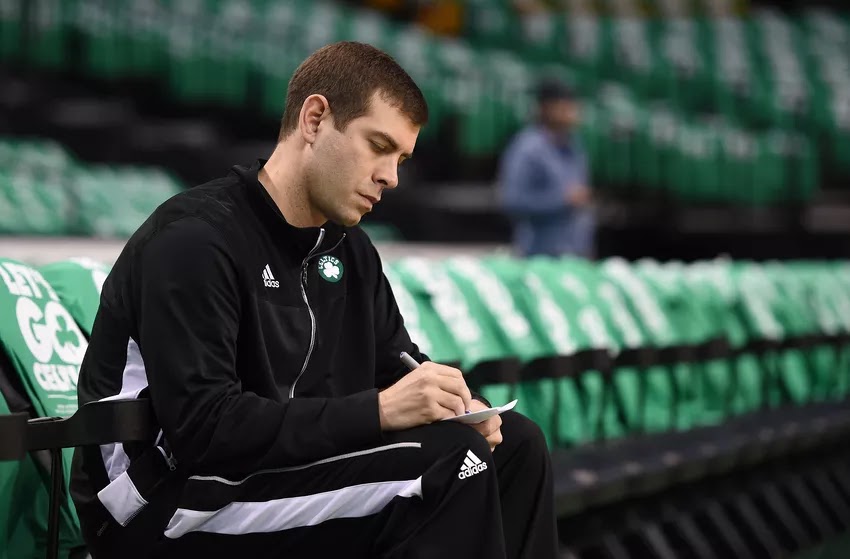 Pulling off miracle after miracle, between 22-point comebacks or completely shutting down some of the league's best young talent (I'll get to more of that in a bit), the Celtics have become a nightly display of Stevens' ability to find new ways to help his team get W's. There may have been no better example of this than last night's Game 3 thriller win in which his players could do nothing but boast his level of "genius" after the game.

"Brad is a genius, man. Unbelievable, you know, sometimes he draws stuff up and I look at him like (confused), I didn't think, you know ... but Marcus delivered it, great pass", said "Playoff" Al Horford in his post-game interview when asked about the fifth-year Celtics coach. Second-year budding star, Jaylen Brown, continued this sentiment as well, "We played hard, we fought. it was a tough environment, but when it came to an ATO to draw-up, a big basket that we needed, we were getting layups. I tip my hat off to Brad Stevens."

Brown couldn't have been more spot on about Stevens' play-calling down the stretch. Whenever it seemed the Green needed a bucket, not only were they able to get a good look but it almost seemed like they'd find these opportunities with relative ease. In both instances that there was an ATO (after time-out play) in big moments, first at the end of regulation and then in overtime, the coach delivered beautiful play-design.

First the Green would have players bunch to help create some space in the paint for their best match-ups to cut, first Brown (covered by Ersan Ilyasova) then Horford (covered by Robert Covington), and then found them with an inbound pass leading them underneath the hoop which lead to high-percentage opportunities - both of which fell.

The game-winning ATO designed by Brad Stevens. Marcus Morris to Al Horford to put the #Celtics ahead for good. pic.twitter.com/crWIjXKTMY

Night after night, Stevens is helping dismiss the notion that the value of coaching in the NBA doesn't matter that much, if at all, anymore. Maybe that applies to some teams (or one team - ahem, ahem, Cleveland), but especially for this team and as we've seen in two series now this post-season, this is far from the truth.

With a decimated roster missing their best two players, Kyrie Irving and Gordon Hayward, and other important role players like Daniel Theis, many experts and fans had completely written off Boston in terms of contention in the Eastern Conference and maybe rightfully so.

Currently boasting one of the league's youngest (active) rosters, Brad continues to put his team in position to prove the doubters wrong and now has them a win away from sweeping the red-hot, or they were, Philadelphia 76ers and making a second-straight Conference Finals appearance. Hell even some people still thought Philly would turn this series starting last night after returning home to a raucous crowd at Wells Fargo Arena but the C's continued to have surprises in store.

One of the most impressive parts of Stevens' game-plan this series has been his ability to shut-down leading Rookie Of The Year candidate (even though he's NOT really one), Ben Simmons, to near disappearance.

Keeping Philadelphia's star "rookie" off-balance the whole series, the Celtics have challenged Simmons into shooting the ball which has become a glowing problem in his game. By matching up him up with long, athletic defenders like Horford or Marcus Morris, and even unleashing pitbull, Marcus Smart, on him at times, the former number one overall pick has not been able to find any rhythm and has looked lost on the court.

By measure of statistics, specifically plus-minus, Simmons may even be hurting Philadelphia more than helping between his lackluster shooting and continually turning over the ball, especially in big moments.

While Boston's unbelievable run should continue a little longer if, and when, they finish of the 76ers here, Stevens and his young squad still have a lot more work cut out for them ahead.

As LeBron James is having one of the greatest post-seasons in NBA history, his Cleveland Cavaliers look set for another Eastern Conference Finals appearance themselves as they are also on the verge of sweeping their current opponent, the Toronto Raptors. James has been a thorn in Stevens' side (as he is with pretty much every NBA coach trying to figure out how to slow him down) so far during his tenure as coach of the Celtics, most recently dismantling Boston in last year's ECF. 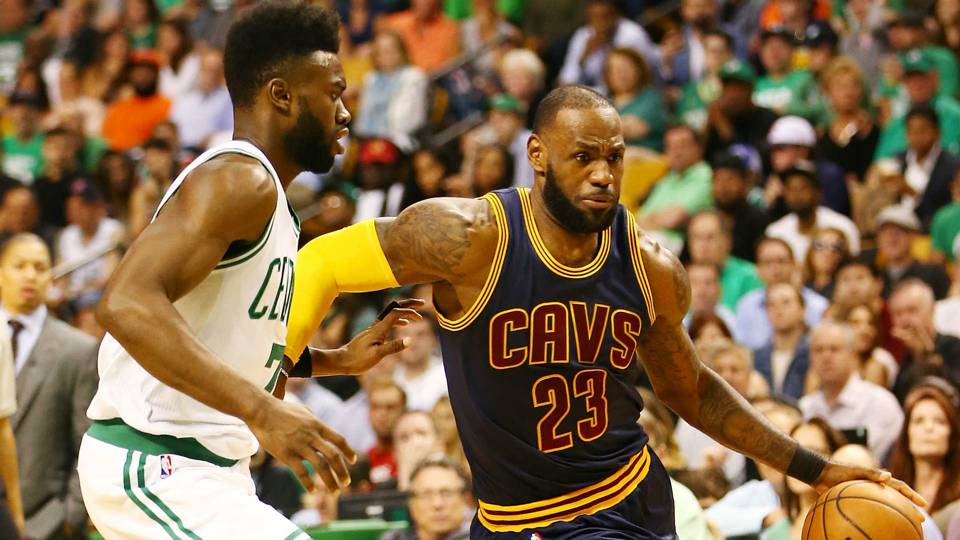 Every year is different however and of all the version's of James' Cavaliers squads, this one has definitely been the most vulnerable. Although they are tearing up the Raptors per usual around this time of the year, Cleveland was nearly bounced in the first-round by the Indiana Pacers and have exhibited a lot of holes, mainly all the other players besides LBJ on the team. They may seem to be hitting their stride now against Toronto but we can be sure to see Stevens come up with something to try and throw them off in their second ECF tilt in a row vs. the Celtics, when the time comes.

Until then, the Green need one more masterpiece from their genius coach against Philadelphia and believe me, they'll get it.