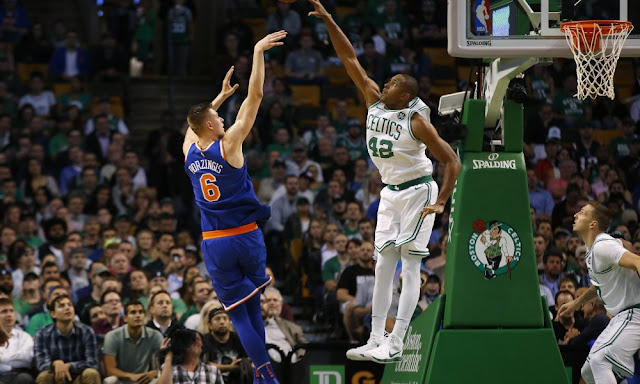 For the first time in his 11 year career, Al Horford will be honored for his defensive abilities. Today, he was selected to the NBA's All-Defense Second Team. He is the first Celtics' big-man to be chosen for an All-Defense team since Kevin Garnett made the cut in the 2011-2012 season. 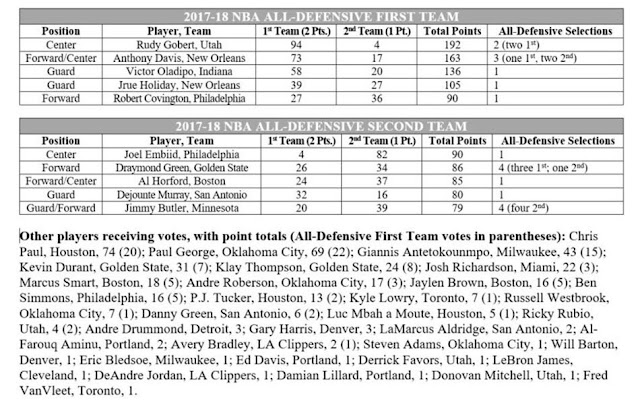 The Celtics, led by Horford, were the best defensive team in the league this year with a defensive rating of 101.5.

Here are some defensive highlights from Al:

Some great examples on how important is @Al_Horford for @celtics defense. This is only from the first half of yesterday's game. pic.twitter.com/r6oLNb3isj
— Tomek Kordylewski (@Timi_093) May 14, 2018

Anchoring the @Celtics defense... @Al_Horford's BEST BLOCKS of the season!


Horford was joined in Defensive Team voting by two other Celtics' players: Marcus Smart and Jaylen Brown, who received 18 and 16 total votes, respectively, and 5 First Team votes apiece. Both Smart and Brown were top 10 in the regular season's defensive win share.