Don't get too excited...but the Lakers are tied for the 4 and 5 spots in the lottery 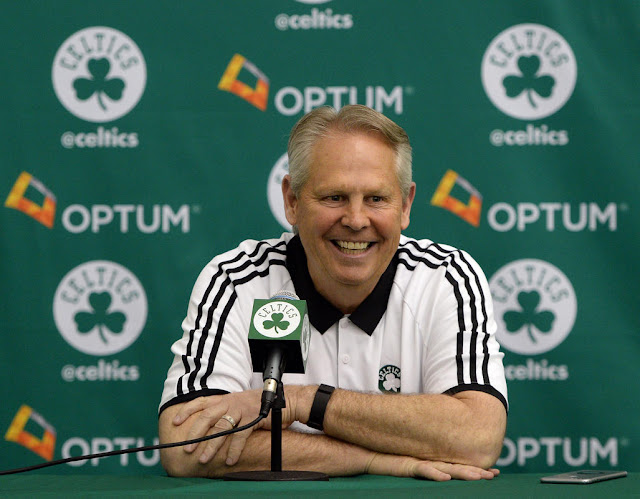 As usual the Boston Celtics own a lottery pick from an opposing team, however it is not from the Brooklyn Nets. The Celtics are lucky enough to be receiving it from their rival, the Los Angeles Lakers.

The pick has been traded multiple times in the past five season, but this is the most valuable it had been in that time frame. The Phoenix Suns originally received the pick in the infamous Steve Nash sign and trade back in 2012. Three season later the Suns included the pick in a three team deal which sent it to the Philadelphia 76ers.

This past off-season the Celtics ended up with the pick by trading away the number one overall pick in the 2017 draft to Philadelphia. In return the Celtics received the number three overall pick, which turned out to be Jayson Tatum, and also the Lakers' protected 2018 first rounder. This trade seems like a steal for the Celtics because of the way Tatum has been playing this year, and because the "consensus" number one pick, Markelle Fultz, has been sidelined with a shoulder injury for the past two months.

The Celtics will receive the Lakers' pick in the upcoming draft if it falls between picks two and five, however if it is the number one pick or falls out of the top five, it reverts to Philadelphia. If this was to happen the Celtics would then receive the Sacramento Kings 2019 unprotected first round pick which will most likely be a lottery pick.

Don't look now, but the Lakers are currently tied for the 4-5 spots in the lottery, exactly where we want them to be.
— Mark Van Deusen (@LucidSportsFan) December 29, 2017


Lets keep our fingers crossed that the Lakers do what they have been doing the past few seasons and continue to lose. If the pick falls between two and five, the Celtics will be able to get one of the top five prospects, whether it be DeAndre Ayton, Marvin Bagley, Luka Doncic, Michael Porter or Mohamed Bamba.