Video: Cavs and Celtics are being unfair to Isaiah Thomas 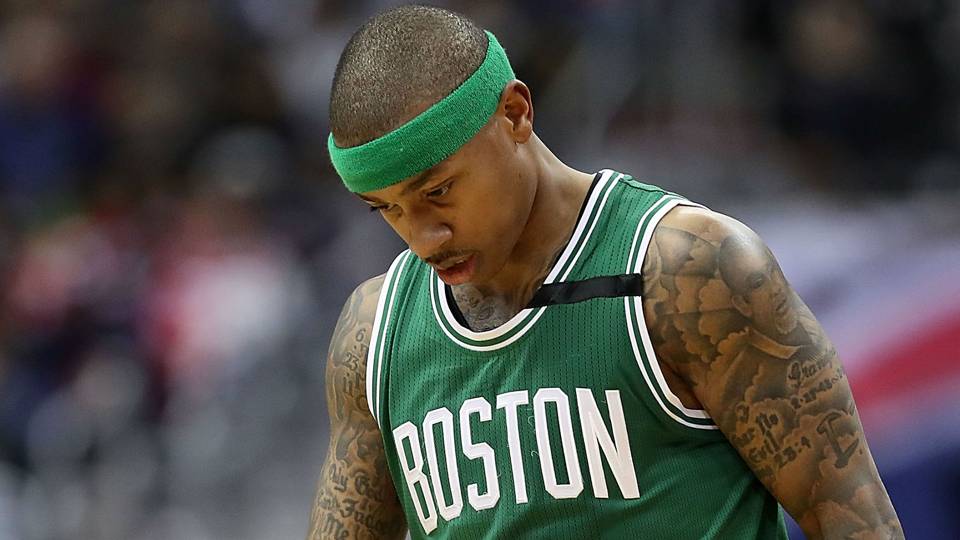 The drama currently gripping both the Boston Celtics and Cleveland Cavaliers fanbases may be awful, but for Isaiah Thomas, it's the worst.

In this video, ESPN's Adrian Wojnarowski explains how both the Cavs and Celts are damaging Thomas' value, which could significantly impact his future. Is IT being used as a negotiating chip in untoward ways, or is this just business? From where I sit, it feels like the Cavs' new GM is trying to flex in an already awkward situation which may have been unavoidable on Boston's end - a bad look for everyone save Thomas. Danny Ainge might not have had a choice given his job responsibilities, but the Cavs do, and I don't have to like how this feels regardless of understanding why it's going down. Give them their pound of flesh in a second-round pick, and then watch them burn as no other GM will trust the Cavs while Kobe Altman (said new GM) is at the helm.