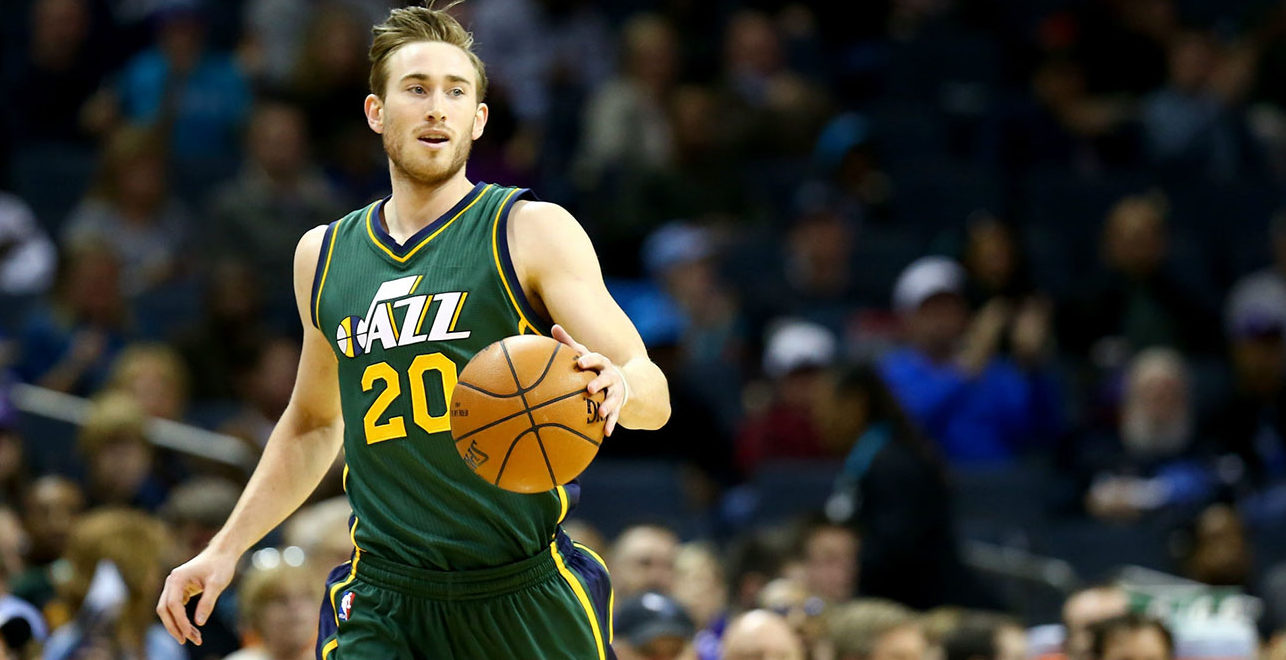 Boston Celtics coach Brad Stevens loves him some versatility when it comes to the players on his roster. Earlier this summer he commented that he now believes there are really only three positions in basketball anymore - ball-handlers, wings, and bigs - and that's how he categorizes everyone these days. Just imagine how excited he is when he gets a guy that can fit two of those catergories, because he just got one in Gordon Hayward.

At 6'8, Hayward is a traditional swing-forward based on his size and athleticism as he can legitimately play any position from 2-4 and slide in seamlessly. What's interesting about Hayward, as opposed to most forwards his size, is that he's got a good enough handle and court vision that he can also play point guard. Take a look at this clip of Hayward running the offense for the Utah Jazz, as it showcases both his dribbling skills and his ability to find an open guy across court as the defense collapses:

We know Stevens loves to mix it up with some interesting lineups, and the Celtics did a fair amount of going small last year, but how about going with a lineup of four athletic forwards and Al Horford at center to mess with your opponent? Kevin O'Connor of the Ringer put together an interesting plan that could allow the Celtics to go big at the guard positions and yet still be quick enough to keep up with smaller players on the defensive end.

O'Connor proposes that Hayward and Horford play the 1 and 5 respectively, and then the 2-4 positions are made up of Jae Crowder, Jaylen Brown, and Jayson Tatum in any order at all. Obviously Hayward is your primary ball-handler so he's the 1 on offense, but defensively your switches 1 through 4 are almost seemless. Offensively you've got three guys that can all get their own shot off, a very good spot up shooter and slasher, as well as one of the best pick-and-roll/pop players in the NBA in Horford. Every one of those guys can hit from the outside and they could potentially be a nightmare matchup for some teams that just can't match up with both the size and athleticism. You can also plug in either Marcus Morris or Semi Ojeleye in any of those forward spots as well.

For a team that really struggled to score without Isaiah Thomas on the floor last season coach Brad is going to have a lot more to work with when IT isn't in the game this season. This is just one example of the many things that I'm certain he's played out in his head this offseason.

Live look in at Stevens, imagining all of the possibilities: