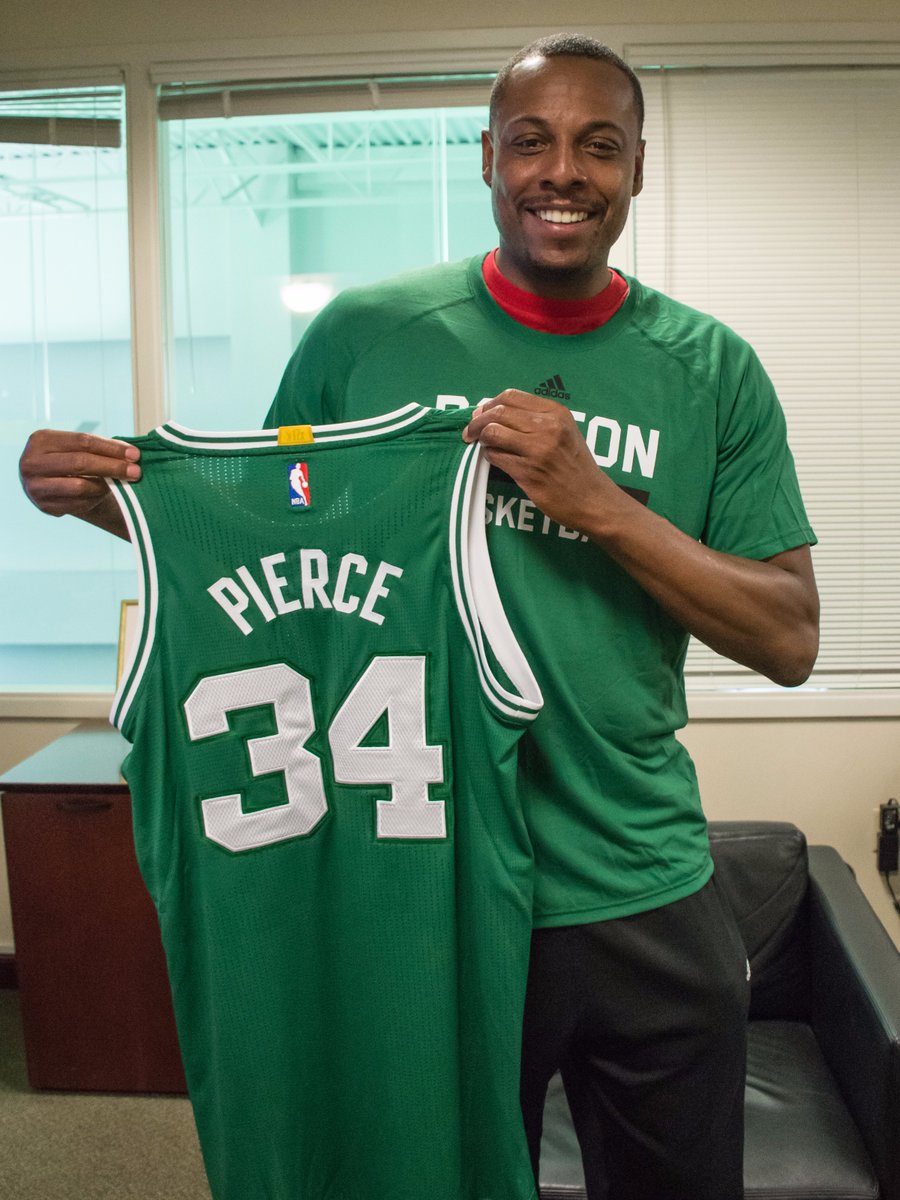 Yesterday Celtics legend Paul Pierce returned to his old stomping grounds in Boston, signing a 1-day contract with the team he spent 15 years with in his illustrious NBA career. While Pierce returning to Boston to officially retire donning the classic green and white Celtics uniform seemed inevitable, it was still a special moment for both Paul, the organization, and the fans. Pierce will forever be revered in Boston for not only bringing the city it's first NBA title in 22 years but for embodying the essence of what it means to be Celtic.

Although he was here through some great times he also persevered though some of the leanest years in franchise history, and yet he fought through it all while also navigating through some off-court issues at the beginning of his career that easily could've derailed his ascent among the Boston sports legends.

Paul Pierce played 15 seasons with the C's and then when he got traded he set up the next 15 seasons. GOAT of all GOATs

As important as it was to Paul to return to Boston to officially end his NBA career, he didn't want to create a "spectacle" out of the event and preferred a more intimate reunion with some familiar faces. Via Chris Forsberg of ESPN:

"Like I said from the beginning," Pierce told ESPN on Monday night, "I always wanted to retire as a Celtic. We did it quietly. No need to make a spectacle out of it."

Four years after after being traded to Brooklyn Pierce showed up at the Celtics practice facility in Waltham yesterday wearing Nets shorts to remind Danny Ainge of what he did when he sent Paul out of town:

"Hey Danny, see this?'' said Paul Pierce, tugging at the silver and black of the Nets. "This is where you sent me!"

According to Celtics GM Mike Zarren, team equipment manager Jon Connor has been prepared for a Pierce return ever since he left:

I was amazed to learn that JJ (eqp mgr) had held pairs of never-worn Pierce shoes @ both Waltham & Garden, waiting for Paul, just in case... pic.twitter.com/Hwo1uzCbIS

Of course Pierce couldn't help himself and had to get one last run on the practice court rocking the C's gear and the kicks JJ had waiting for him:

Paul is moving on to what will almost certainly be a stellar career as an analyst, he's signing a contract with ESPN in the very near future, after seeing how natural it came to him when he was a guest on various NBA programs this spring.

He also emphasized to Forsberg yesterday that his love for Boston goes beyond the basketball court and he cherishes what he's been able to give back to the city that he started his family in:

"This was the place that was always with me," Pierce said. "I spent 15 years of my life here. I had all three of my kids here. I had a chance to make a difference in the community. One of the best parts about [being in Boston Monday] was having people come up and said, 'Hey, thanks for all the things you did for our city.'"

"This is where I started,'' Pierce said, "and now I get to finish here too."

And with that, I'll leave you with Pierce burying the infamous shot in Al Harrington's mug. I've always felt like that play embodied everything that made Pierce great: