Smart flicks off fans, Stevens is on eggshells; something's got to give 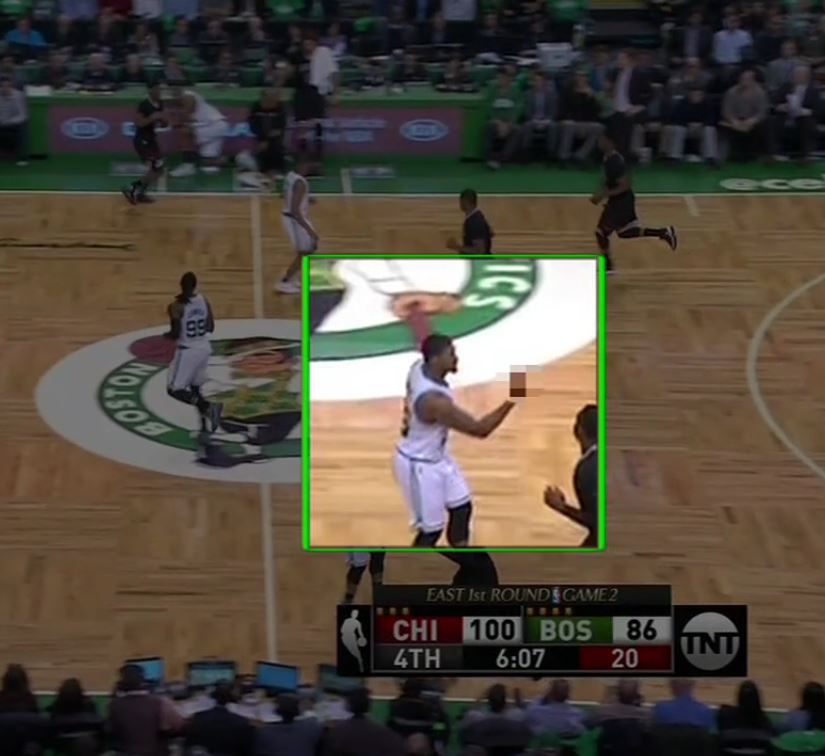 Marcus Smart has never been shy at chirping back at the audience, and the results have never been good.


To cap a rough night for the Cs, there is footage of Marcus Smart appearing to stick his middle finger up at a fan: https://t.co/5vujR3xuEg
— Adam Himmelsbach (@AdamHimmelsbach) April 19, 2017


This is no exception, though it's miles ahead of how the most infamous instance of his losing his cool ended up playing out. But, last night, there may have been some substance to the criticism. The incident, which began with a fan harassing Marcus for his shot selection after missing a trey from a spot on the floor he's historically terrible from this season, ended with Smart displaying a certain digit usually offered to persons one considers especially moronic or inconsiderate. While Smart might have been aware his overall shooting percentage last night was not bad (.545) and perhaps a short memory convinced him his two-year drought as a terrible three-point shooter was over (he shot .335 his first year in the league, and .253 and .284 last season and this one, respectively; he shot a respectable .342 on seven attempts in Game One before dropping back down to .250 from deep last night), but if reports are true regarding the reason by the exchange...the criticism was warranted, if perhaps poorly framed.

Do I think Marcus needs to be fined? Suspended, in light of where his frustrations once took him and might threaten to again?

First of all, if flipping the bird is too much for the delicate eyes of NBA fandom, I'll just point out that various forms of profanity have not only been tolerated but even celebrated, and while it was by no means a jovial exchange, it is merely one of thousands which take place between players and spectators that just happens to have been captured on camera. I don't think any disciplinary action needs to happen at all for the incident in question, honestly...but some disciplining for the whole team is in order.

You see, the Celts seem to have lost their way as a franchise, and there are (or should be) three kinds of leaders on a team. Sometimes, a single person can embody multiple leadership roles at one time, but, generally speaking, a good team has 1) a coach who leads by example, without treating his players like children, who benches players when they make stupid mistakes; 2) A tactical leader in the form of a playmaker, which is usually the point guard, though not always, and 3) veteran leadership, which can be anyone with experience (typically, in the postseason) to draw on when resolve gets weak, or shots get rushed as panic creeps in.


It's become pretty clear that for all the accolades he rightfully recieves for tactical brilliance and his ability to relate to his players, Brad Stevens has shown one glaring flaw to date: an unwillingness to bench players performing poorly. It's not just Marcus I am talking about here - it's Jae Crowder, Avery Bradley, Amir Johnson, and Kelly Olynyk I am talking about, hoisting shots five to ten seconds into the clock, not boxing out, looking lifeless off-ball, and so on. Strangely, Stevens seems to be fine benching Jaylen Brown for missing defensive assignments (and he should), but for whatever reason, that philosophy doesn't seem to apply for most other players. Live by the three, die by the three - especially when it's a rushed, off-the dribble heave with a hand in your face from three feet beyond the arc seven seconds into a possession.


The short hook has done the best coaches wonders in disciplining their teams, at all levels. Greg Popovich has always been happy to bench the best of his players for short stretches - even at crucial moments (like the time he benched THE ENTIRE STARTING UNIT in the Western Conference Finals); ask Rajon Rondo how he feels about Rick Carlisle, or Ray Allen what happens when you piss Jim Calhoun off, or Carmelo Anthony what happens when you foul too early under Jim Boeheim.


Three white shirts around Lopez and he still grabs the offensive board
— Tim MacLean (@MacleanNBA) April 19, 2017


It's not acceptable to allow sloppy play to live on the court, and better to have James Young and Jordan Mickey make the same mistakes while increasing their development than to field a player - or several - who have succumbed to hero-ball and uninspired or lazy performances, and it's Stevens' responsibility to ensure he makes it happen if the players will not (to his credit, he made such an adjustment...thirty-odd minutes later than he should have). But let's not forget those other two kinds of leadership; having your primary scoring option serve as your veteran leader is a double-edged sword. When it clicks, great! It's a seamless construct, especially if that person is your primary distributor. But when things go wrong - and they could not go much more wrong than they have lately, through no fault of Isaiah - if no one is willing or able to step into that role, you're dead in the water.

We were dead in the water.


Al Horford coming out a lot more aggressive on the offensive end to begin the first half. We’ll see if the Celtics continue to go to him.
— Tim MacLean (@MacleanNBA) April 19, 2017


Al Horford has the pedigree if perhaps not the temperament to step into that role, and while it's clear he's been trying to assume that mantle, transforming your role from elite facilitator and defender to scorer is not a thing that usually happens overnight (if ever), particularly when a good part of your game plan is not built to reflect this. We DID see good results from Horford when he stepped confidently into the role of facilitator, which is the most we can hope for on such short notice realistically - more of that, please. But with tactical leadership available while Isaiah sorts out the heartbreak he's still dealing with, an absence of both veteran leadership and coaching leadership means we will see more of the same unless at least one of these issues is resolved.


All of this makes sense, given what happened to Chyna Thomas this week. Stevens perhaps is unwilling to antagonize an already difficult situation, making his hook longer than even usual, which is much, much too long. Thomas is devastated, yet still showing up for work in which literally anyone, even the most wealthy, well-compensated billionaires would take off for, with impressive results given the context. But this team is now rudderless in a gnashing sea of hungry Bulls, and needs to find its way through someone's leadership. Perhaps the team should travel with Isaiah to Washington to get some closure. Perhaps not. I don't know better than any of you what will get this team back on track emotionally, just what has worked historically when a lack of leadership has impacted winning.


I don't pretend this is easy, or that anyone should be angry with Brad. This is about as hard of a situation as anyone can find themselves in in sports, from top to bottom. All I can ask for is to show some resolve - to bench (or be benched) when emotions short-circuit common sense, some patience with each other and the fanbase (and from the fanbase - I'm looking at the apocalyptic folks ready to nuke this roster, this 53-win roster), and, if you can muster it, some fire on the floor - in the paint, on the block, in transition, on defense. The Chicago Bulls are in every way an inferior team, except for this: they have veteran, tactical and dare I say - at least over these two games - coaching leadership far above and beyond that of the Celtics, and it's getting them results.

Sports is not a movie. This team is hurting, and it should be. These are real people, with real, sometimes very close relationships all kinds of hurting right now. Let's try and swallow our pride and find ways to remind each other of what really matters - each other.


Image via SI.com
Data via basketball-reference.com
Follow Justin at @justinquinnn