Celts reportedly have no interest in Jones, but possibly in Sullinger 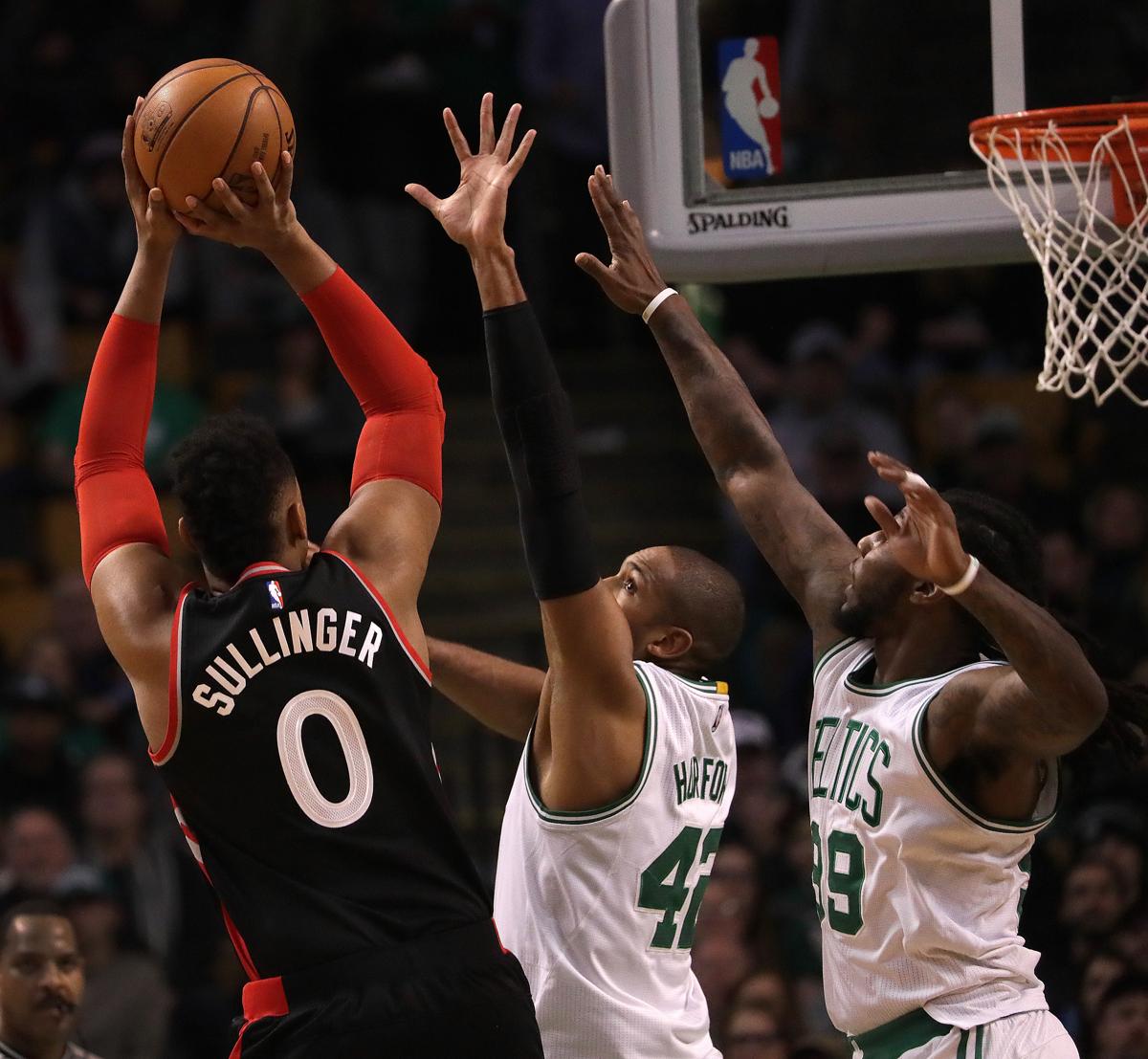 The Boston Celtics reportedly are going to pass on signing Terrence Jones off waivers, but may be interested in a Jared Sullinger reunion.


Source said Celtics have no Plan B post-Bogut, have ruled out Terrence Jones, and may give thought to bringing back Jared Sullinger.
— Mark Murphy (@Murf56) March 1, 2017


A few things here worth mentioning - all of this is from "league sources", meaning take it with a grain of salt. That out of the way, if true (and it probably is), with Jones, the sticking point is almost certainly one - or both - of the following: playing time and future years. Terrence has a lot of potential still at 25, and has gotten the short end of the deal several times in a row through (mostly) no fault of his own. So you can't blame him for trying to leverage his situation into the pay grade a talent like himself deserves. He may not be even close to a max player, but he deserves several times over (at least) the paltry veteran's minimum level salaries he's been accepting to try and rehab his value, only to see more paramount concerns (from the club's perspective) foil what Jones needed out of the deal.

Terrence isn't taking no shorts no more (the only ones he's taking are the ones that he wears).

I get it - no wack shows (a million Tommy Points if you caught the reference). Danny Ainge doesn't make promises he can't keep, and he cannot be sure he'd give Jones enough minutes to do a "showcase" kind of deal, nor offer him guaranteed long-term money with the Celtics having the free agency aspirations they have for this summer. It sucks, but the business being what it is, unless Jones wants to take his third potentially career-ruining gamble in a career that isn't even done with its fifth season.

I sure as hell wouldn't.

Normally, I am all about compelling narratives in the NBA, so long as they make sense. After getting jilted by the one buyout target at the proverbial altar (Andrew Bogut - I am a fan of what he does on the court, and not much else), it seems the Celts do not have much of a stomach for waiver wire fliers, given the situation the team is in, perhaps with one exception - Jared Sullinger. This is exactly the one situation I am not into the notion of, as it in no way makes sense beyond a very superficial level (his rebounding).


Let me explain. Those of you who have followed me through the NBA blog-o-sphere know I have long been an apologist for Sully, both on the court and off, but most notably in regards to his health. We do not know the full details of his relationship with his conditioning, and beyond what it provides him on the court, we shouldn't, either. Fat jokes aren't funny, original, or helpful, despite what your jerk of a (name of relative) tried to convince you. People have different bodies that react differently, and other people's bodies are just that - theirs. We can, as fans, writers, consumers, et cetera, get irked when our team makes a move to sign a player who can't stay on the court, and, without crapping on the player's personal relationship with their body, be unhappy with decisions to support a player who - whether they want to or not - can't play at the expense of one who has been putting in effort and getting returns in the form of useful playing time.

I'm talking about James Young, and writing an apologea for this guy - who I have repeatedly noted is the most likely man out in any waiver situation due to the fact that his non-renewed contract has made him a marked man among the worst players on the roster - is something I never imagined I would do, but here we are. What kind of message would Danny Ainge be sending, cutting this guy after cutting R.J. Hunter to keep him? Sure, it is merely a formality, given he won't be a Celtic next year, barring a late-season explosion in development, and even then would likely only warrant a minimal contract at best. But given Sully's tendency to stay off the court - even this season, now cut or not renewed by three teams in less than a year - I simply cannot get behind such a move.

Don't get me wrong - I want Jared to succeed in this league; but on another team. I don't want to write another word about his health, unless it is a good word about his success with another club. And I don't want to upset the chemistry this team has, either, because - post trade-deadline lack of movement, it's one of the more important things it has going for it. I don't think Young is important to the club's ability to win, but stirring things up in a way that might discourage the younger guys from working in good faith seems short-sighted, at best.


The @Celtics have not slammed the door shut on a Sullinger return, but I'm told it's "highly unlikely" a reunion is on the horizon.
— A. Sherrod Blakely (@SherrodbCSN) March 1, 2017