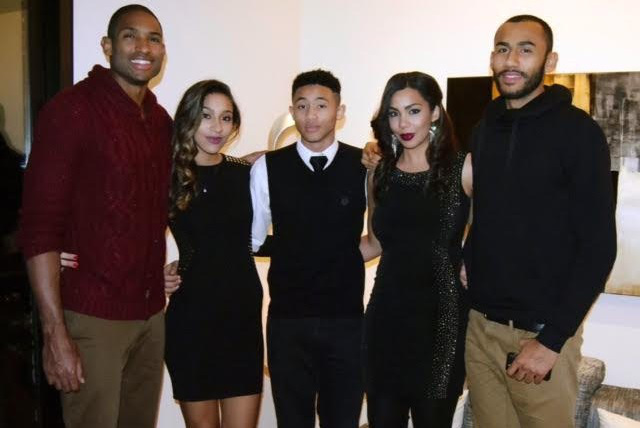 Long before his son made multiple NBA All-Star appearances, Alfredo William ‘Tito’ Horford and his brother Kelly arrived in the United States from the Dominican Republic to begin a lengthy family tradition. Both of them played college basketball in Florida, before Tito began a career in the NBA.

Decades later, Tito has furthered the Horford bloodline. His three sons and two daughters possess multifaceted personalities but share a common interest in something – the family’s chosen sport. Their passion is evident in some of their achievements. Collectively, the Horfords have been involved in three Final Fours, three National Championship games, and two National Championship titles.

Tito’s oldest, Boston Celtics forward Al Horford has experienced the most professional success of anyone in the family. Following a highly successful tenure at the University of Florida, the 30-year-old has now played in nine NBA seasons, putting up a career stat line of 14.3 points, 8.7 rebounds and 1.2 blocks per game, so far. 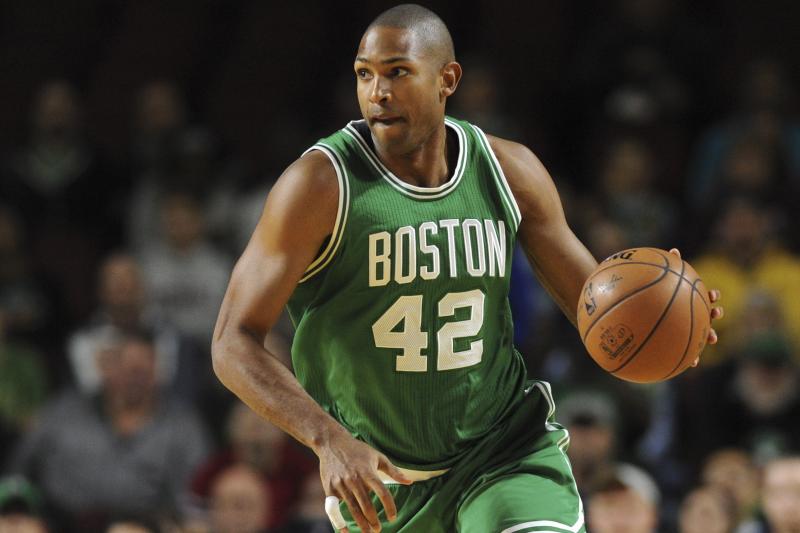 Al is not the only Horford making a living on the court. His 25-year-old brother Jon is currently competing for the Canton Charge of the NBA Development League. The former University of Michigan forward finds himself on the fringes of the game’s highest stage and continues to work tirelessly, attempting to break through.

“The only thing I truly dislike about the sport is how political it can be,” says Jon’s younger sister, Anna. “There's no doubt in my mind Jon will make it to the league soon and I would bet that he would have already been there if it were not for the politics of basketball. I don't know anyone who works harder than him. The road to the NBA has been difficult, even as a legacy player, but he's relentless and persistent.”

Anna Horford, like most of her family, lives in Michigan, where she works in wealth management. Her love of basketball can only be matched by the way she feels about the music of Bon Iver and The National. She feels as though the game is in her blood:

“Basketball has been a part of my life since birth,” Anna claims. “My dad was the first NBA player from the Dominican Republic and the sport has had a huge impact on all of us. I remember it was something we all automatically gravitated towards. It's more than a game, it's something that's ingrained in our lives in many ways.”

Although her father’s success afforded the family a comfortable lifestyle, Anna also remembers the challenges that it created:

“I've personally had my ups and downs with the sport though,” she continues. “Our dad played overseas for a bit of our childhood and we would go months without seeing him, which was hard and confusing when you're little. We had to deal with distance again when Al went to play college ball in Florida. We were all much younger than Al, but we were close and I remember feeling like we were losing him.

“As he became more and more successful, it became harder and harder to come to terms with the fact that we had to share him with the world. However, even though basketball has continuously shifted our family dynamic, I wouldn't want to go back and change anything. We've had the opportunity to do some amazing things because of it.”

As well as their enthusiasm for sports, Anna and her siblings inherited an important feature from their father – height, a lot of height. Their physical attributes meant that they naturally laced them up from an early age:

“I'm the shortest of five siblings standing at 6'0,” Anna explains. “My three brothers play, but my sister and I stopped when we were younger. I blew out my knee and my sister sort of fell out of love with playing as time went on.”


Her sister, Maria Horford is a 22-year-old photographer based in Grand Ledge, Michigan. Whilst she no longer plays and spends just as much time watching Family Guy, she still feels connected to the game as a spectator:

The youngest of the group, Josh Horford is a self-proclaimed oddball who has a passion for fish, Manga, gaming and producing his own music. Despite his unique off-court hobbies, he takes his on-court duties very seriously:

“I love the game of basketball, although I've had to take a different route than my brothers,” Josh explains. “My whole career I've played center, since I was always the tallest kid. However, with my growth only amounting to 6'6, the last couple years have been about adjusting to be more of a guard. The process has been difficult but fun, I'm currently at a Junior College developing my game and it's going well. I still have my D1 goals and would love to coach one day!”


Earlier in the season, Josh saw his family become part of the news cycle for bizarrely negative reasons. His brother Al missed a regular season Celtics game against the Miami Heat in November, to be present for the birth of his daughter Alia – a life event that is universally recognized as pretty damn important. Somehow, the big man faced a surprising backlash from a minority of media members and fans, which shocked his siblings:

“Yeah I'm not going to be as intense as Anna on this, but Al being criticized on that subject matter almost seemed like a joke,” Josh remembers. “When you're talking about someone else's family, it's probably a good idea to be considerate and even put yourself in their shoes. I don't think any player would've missed the birth of their child.”

“I agree,” Maria states. “The majority of people were very understanding about why he would miss a game to be present for the birth of Alia. The people who criticized him for it must not know what it's like to put family first. I honestly think people talking negatively about it just wanted attention.”

“The majority of people were on Al's side when it came to him missing a game for Alia's birth and anyone who had anything negative to say is just ignorant,” Anna exclaims in suitably ‘intense’ fashion. “I've said this before, but sometimes we need to remember to put players before the sport. Living the life of an NBA player may seem totally glamorous, but there are times you can only see your family a couple of times a month. These players are gone while their kids are growing up and I think that would be hard on anyone. Empathy is key.”

Anna is clearly not afraid of expressing her opinion, much to the satisfaction of Celtics fans that follow her social media accounts. She has taken on the responsibility of representing the Horfords as a popular figure among the Boston fan base and she seemingly takes pride in her new role:

“I definitely enjoy being a member of the Celtics family. This community is unlike any other and I think it's awesome that I get to connect with C's fans from all over. Even though our family is new to the team, I absolutely take pride in being a part of everything!”

Becoming a bonafide fan of the Celtics wasn’t difficult for Anna, following Al’s free agency decision in the summer of 2016. She has quickly become enamoured of the franchise and the city’s ardent support of their teams:

“I love Boston. The city itself is awesome and there's a ton to do and see,” she gleefully expresses.

"I think the C's organization is really great and it’s very cool to be a part of it all. I hope that we can get Boston's next banner while Al is here and I think that we will. Watching the Super Bowl confirmed that just about anything is possible in Title Town.”

Josh is yet to make the trip to Boston, but has heard great things from his sisters, parents and Al himself. He plans to make a trip in the summer to workout with his brother but already understands the grandeur and enormity of the franchise’s storied history:

“The organization is amazing. The history and culture of basketball makes me really happy Al settled in a place like Boston.” he says.

“In terms of the current team, the unselfishness and grittiness the team shows throughout each game really is amazing, especially Marcus Smart! I think that Brad Stevens is a genius and Isaiah just leaves me speechless when I watch him.”

With Al signed to a contract that will keep him in town until 2020, the people of Boston will be seeing much more of the Horfords - one of basketball’s most accomplished families.

“Our family loves Boston,” Maria effuses. “We have only gotten to go there a few times together, so we still have so much to see and do!”